The deal comes after Aetna`s $37 billion plan to acquire smaller U.S. health insurance peer Humana Inc was blocked in January by a U.S. federal judge over antitrust concerns. A proposed combination of peers Anthem Inc and Cigna Corp was also shot down. 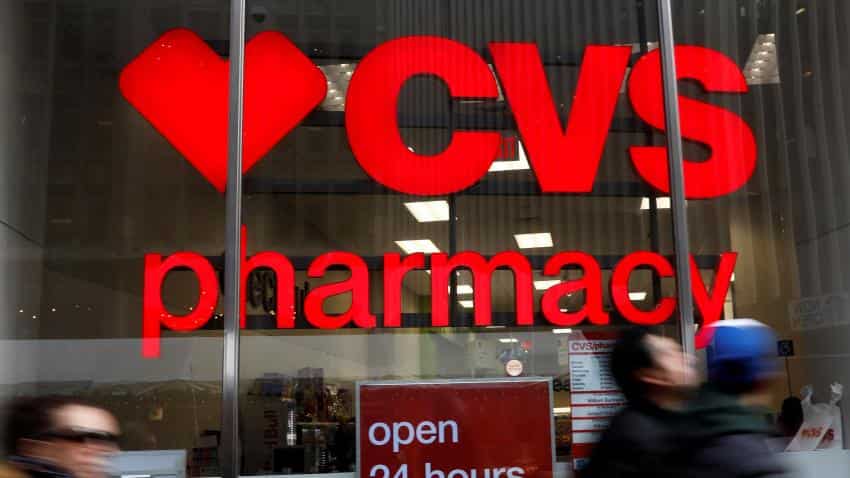 This year`s largest corporate acquisition will combine one of the nation`s largest pharmacy benefits managers (PBMs) and pharmacy operators with one of its oldest health insurers, whose national business ranges from employer healthcare to government plans.

The deal comes after Aetna`s $37 billion plan to acquire smaller U.S. health insurance peer Humana Inc was blocked in January by a U.S. federal judge over antitrust concerns. A proposed combination of peers Anthem Inc and Cigna Corp was also shot down.

Aetna shareholders stand to receive $207 per share in the deal with CVS, the companies said. The consideration comprises $145 per share in cash and 0.8378 CVS shares for each Aetna share. Reuters first reported the terms of the deal earlier on Sunday.

The companies said that cost synergies in the second full year after the transaction closes -- 2020 if the deal closes in the second half of 2018 as they expect -- would amount to $750 million. They foresee it adding to adjusted earnings per share by the low- to mid-single digit percentage points.

Their vision expands beyond capitalizing on CVS` existing MinuteClinic structure, which largely offers preventative services like flu shots, the companies` chief executives said in an interview.

"When you walk into CVS there`s the pharmacy. What if there`s a vision and audiology center, and perhaps a nutritionist, and some sort of care manager?" CVS CEO Larry Merlo said.

Aetna will be operated as a separate unit and Aetna`s existing leadership is expected to run the Aetna businesses, Merlo said. Aetna will have two of its directors, in addition to Aetna CEO Mark Bertolini join the board of CVS.

The deal comes as healthcare payers and pharmacies are responding to a shifting landscape, including changes in the Affordable Care Act, rising drug prices and the threat of competition from online retailers such as Amazon.com Inc.

CVS plans to use its low-cost clinics to provide medical services to Aetna`s roughly 23 million medical members. In addition to health clinics and medical equipment, CVS could provide assistance with vision, hearing and nutrition.

A combined insurer and PBM will also likely be better placed to negotiate lower drug prices, and the arrangement could boost sales for CVS`s front-of-store retail business.

The company expects to invest billions of dollars in the coming years to add clinics and services, largely financed by diverting funds away from other planned investments.

That could eventually cut costs substantially, with the clinics serving as an alternative to more expensive hospital emergency room visits.

Meanwhile, deeper collaboration between Aetna`s insurance business and CVS`s PBM division could drive down drug costs by adding clients and boosting the PBM`s leverage with drugmakers.

Independent PBMs have long been criticized for potential conflicts of interest with insurance company clients, because they could potentially keep cost savings from drug negotiations rather than passing them on to patients.

Health insurers meanwhile have sought to cut costs amid steep prescription drug price rises and requirements to care for even the sickest patients under the Affordable Care Act.

Large corporate customers of Aetna are taking a wait-and-see attitude regarding the impact on costs, benefits experts have said.

Analysts have said the CVS-Aetna deal could prompt other healthcare sector mega-mergers, as rivals scramble to emulate the strategy.

It could spur a merger between Walgreens Boots Alliance Inc and Humana Inc, or between Humana and Wal-Mart Stores Inc, Ana Gupte, analyst at Leerink Partners, said recently.
VERTICAL MERGER

Although CVS and Aetna`s planned merger does not directly consolidate the health insurance or pharmaceutical industries, the U.S. Department of Justice has been taking a closer look at so-called vertical mergers, where the companies are not direct competitors.

The CVS-Aetna deal could attract similar scrutiny if regulators feared it could block Aetna customers from frequenting other pharmacies or contracting with other PBMs, several investors said, asking not to be named because they were not authorized to talk to the press.

But four antitrust experts said there is little doubt the deal will be approved, although it might need to meet conditions to convince antitrust enforcers to sign off.

It is unclear whether it would be evaluated by the U.S. Federal Trade Commission or the Justice Department but that decision might be made based on which agency is less busy, said Matthew Cantor of law firm Constantine Cannon.

"(The companies) want the FTC to get it. The reason that the FTC is better at this point is that the Justice Department has just broken with decades of precedent of how to deal with vertical mergers," said Cantor, referring to the decision to refuse conduct remedies and file a lawsuit to stop AT&T Inc from buying Time Warner Inc.