Mukesh Kumar Surana, Chairman & Managing Director, HPCL, talks about the quarterly results and things that impacted company’s performance in the first quarter of fiscal 2020, during an interview with Zee Business. 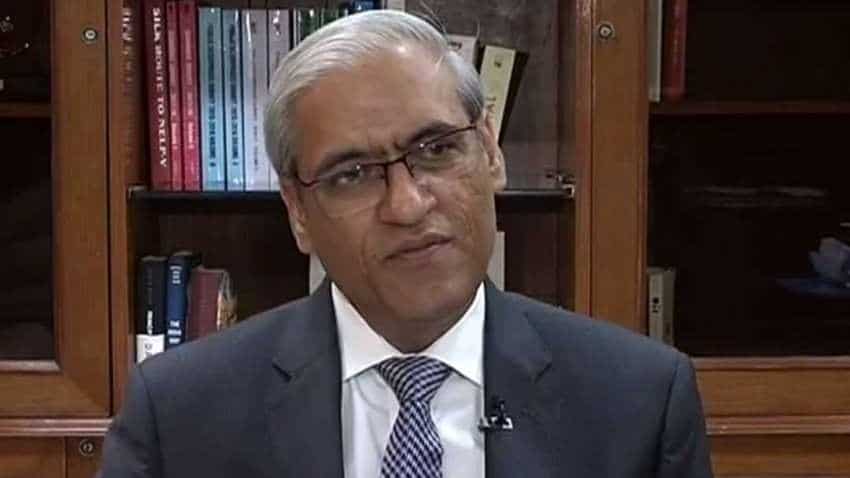 The reported GRMs are low but adjustment of the inventory losses and gains will make it more than the first quarter of the previous year. Image source: Zee Business
Written By: ZeeBiz WebTeam
Edited By: Arun Kumar Chaubey
RELATED NEWS

Q: HPCL numbers has been under a pressure especially in the case of profits, which has dropped by 74% (QoQ). What was the reason behind this fall and what were the pressure points?
A: Three things are responsible for it and they are (i) crude price volatility and sharp fall (ii) GRM cracks, which was low on maximum products and (iii) shut-down of a plant at a refinery. These three things had a net impact in the form of inventory loss, lower cracks and power plant shutdown of the refinery for our jobs and this led to a fall in GRM and profitability. It is a trend in this quarter for all the companies. The reported GRMs are low but adjustment of the inventory losses and gains will make it more than the first quarter of the previous year, where the adjusted GRMs stood at $3.27, and this year’s adjusted GRM stands at $3.3.

Q: GRMs have been under pressure for quite some time. But what is your view on the trend for the remaining part of FY20, mainly in the second half of the fiscal?
A: It is being believed that there will be an improvement in diesel cracks. There was a time when Motor Spirit (MS) cracks prices went below the crude price but there is an improvement in it. That’s why I feel GRMs will improve in the second half of the year.

Q: Did the slowdown in auto sector had any impact on your business, if yes, then let us know about it?
A: MS grew by 8.4% in the previous quarter but diesel grew by just 1.7% when compared to the same quarter of the corresponding year. And, 8% growth in MS can’t be termed as less growth. On the other hand, there is a reduction in diesel engine vehicles as people are opting for petrol vehicles because the price difference between the fuels has gone down. Late monsoon can be the second reason for less growth in decline because less diesel was used in the sowing season. Besides, improving power condition across the country would have created a structural issue by reducing diesel consumption in DG sets.

Q: Will additional cess of Rs 2, which was announced in the budget, will have an impact on your business, especially in the context of marketing margins?
A: It is a pass-through cost and that’s why it will not have any impact on companies working.