Cricket World Cup to World Cup: This airline's stock had a great time in 4 years, soared by 665%! Should you buy?

While Indian cricket team is yet to play its first match at the ICC World Cup, World Cup (2015) to World Cup (2019), this airline's stock has shown an amazing performance on Dalal Street. 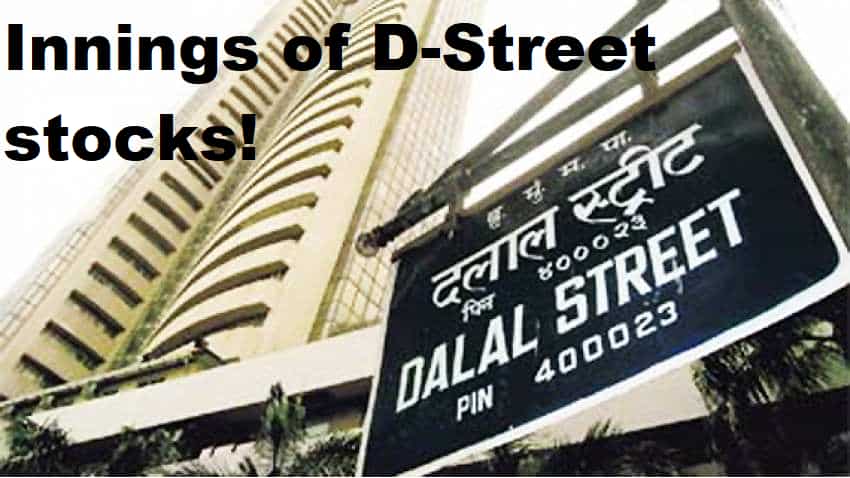 The world of cricket is unpredictable and exciting. Currently, this sport is in headlines as the ICC World Cricket Cup started from Thursday with England and South Africa playing the first match. On Friday, neighbour country Pakistan competed against West Indies. Back home, many are waiting for June 05, 2019, when the Indian cricket team will be playing its first match against South Africa. While Indian cricket team is yet to play its first match there, World Cup (2015) to World Cup (2019), this airline's stock has shown an amazing performance on Dalal Street.

This amazing stock is none other than private carrier SpiceJet which is currently well placed in aviation sector with good demand especially after Jet Airways operations were shut down temporarily. For your information, in over 4 years, SpiceJet shares have risen by a whopping 665%. Not only that, in past one year, the returns from this airline have been good as well.

And what can you, as an equity investor, do? Well, you can still buy the stock as experts have given 'Buy' rating.  On Friday, despite Sensex finishing in red, the share price of SpiceJet closed positive at Rs 145.95 per piece up by 1% on the index. The company also touched an intraday high and low of Rs 148.90 per piece and Rs 140.10 per piece respectively.

In 1-year’s time, SpiceJet shares have risen by a massive 25%. On May 31, 2018, the share was trading a little over Rs 119-per piece. Meanwhile, from February 14, 2015, when the previous World Cup match begun, the shares were trading near just Rs 20, and since then uptill date has touched an all-time high of Rs 153 per piece, resulting in 665% rise so far. Hence, on D-Street, SpiceJet did score some major games and made many investors rich.

One can still buy this airline shares, as it has the potential to jump by another 23% from current levels.  Jal Irani and Vijayant Gupta analysts at Edelweiss Securities said, “SpiceJet’s (SJ) Q4FY19 EBITDAR of INR5.1bn came below our and consensus estimates. However, this excludes compensation from Boeing (737 Max grounding), which has been deferred to FY20. Adjusted for this, EBITDAR broadly met estimates. Key highlights: 1) yields rose 6.6% YoY (Indigo’s 11.7% YoY), offsetting the fall in PLF from 95% to 91% and leading to higher RASK; 2) RPKM growth of 16.8% surpassed industry’s; and 3) non-fuel CASK rose 6.5% YoY on higher maintenance costs.”

Going forward, the duo said, “Over half of Jet’s domestic slots along with its entire international slots are yet to be allocated. If Jet shuts down, SJ will be the prime beneficiary given complementary fleet portfolio; this will lead to further upside to our estimates. We expect SJ to turn profitable in FY20 as yields expand while fuel costs moderate.”

Also, they added, “With SJ on-boarding 60 aircraft in FY20 (Jet: 25, organic: 35), capacity expansion is expected to skyrocket to over 70%. B-737 Max deliveries are expected to resume from July, which should bolster this expansion. Along with higher yields and lower fuel costs, we expect this expansion to help the company turn profitable in FY20. Maintain ‘BUY’ with revised TP of INR179 (earlier: INR161) as we roll over to September 2020E earnings.”

A little info about Indian
squad at the World Cup 2019 -