Are you among those wanting to enjoy McDonald's burgers? Here is some good news for you! 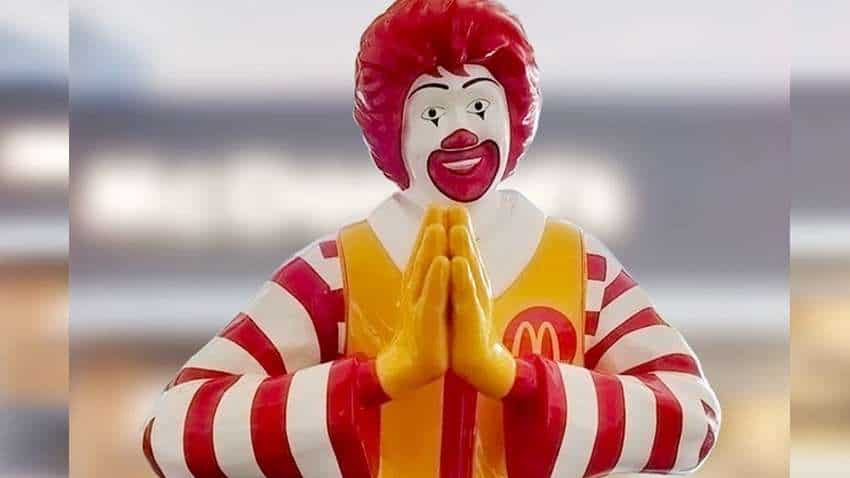 Social distancing measures have been implemented at these restaurants. Photo from Twitter of McD.
Written By: Prashant Singh
Edited By: Harish Dugh
RELATED NEWS

Are you among those wanting to enjoy McDonald's burgers? Here is some good news for you! According to the latest development, quick service restaurant chain McDonald's India has re-started delivery services from eight restaurants in the Delhi-NCR from Wednesday. The move comes after the government's notification, categorising food delivery as one of the essential services during the lockdown period.

"Our missions are guided by the government's directives, which include compliance with all local and state restrictions, wherever applicable," the company said in a statement.

The company has implemented "additional safety measures  to ensure hygiene and cleanliness, from increasing handwashing frequency to temperature monitoring to use of hand sanitizers and increased sanitation of surfaces with hospital-grade disinfectant, the company mentioned.

Besides, social distancing measures have been implemented at these restaurants, it added.

After the lockdown was declared by the government, CPRL, which operates McDonald's restaurants in the northern and eastern regions had closed its operations at its 150 stores.

India is presently going through an unprecedented complete lockdown of three weeks, ending on April 14, to prevent the spread of new coronavirus which causes life-threatening COVID-19 disease.

Meanwhile, the death toll due to the novel coronavirus rose to 166 and the number of cases to 5,734 in the country on Thursday, according to the Union Health Ministry. While the number of active COVID-19 cases is 5,095, as many as 472 people were cured and discharged and one had migrated, it said. As many as 17 new deaths have been reported in the last 24 hours across the country, the ministry said. Eight deaths were reported from Maharashtra, three from Gujarat, two from Jammu and Kashmir and one each from Punjab, Uttar Pradesh, Karnataka and Tamil Nadu, it said.

Maharashtra has reported the most coronavirus deaths at 72, followed by Gujarat at 16, Madhya Pradesh at 13 and Delhi at 9. Punjab and Tamil Nadu have reported eight fatalities each while Telengana has reported seven deaths.

West Bengal and Karnataka have registered five deaths each. Andhra Pradesh, Jammu and Kashmir and Uttar Pradesh have reported four deaths each while Haryana and Rajasthan have recorded three deaths each.

Two deaths have been reported from Kerala. Bihar, Himachal Pradesh and Odisha reported one fatality each, according to the health ministry data.