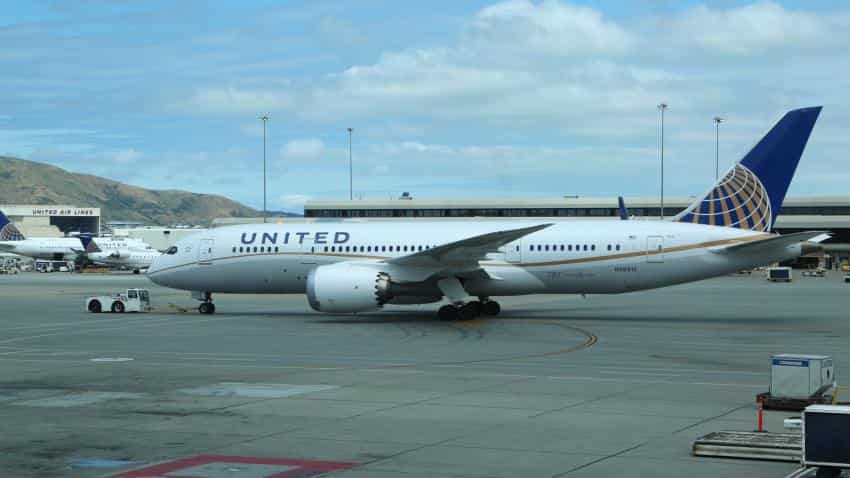 A US couple headed to Costa Rica for their wedding got booted off a United Airlines flight in Houston, the media reported.

The incident took place on United Airlines Flight 1737 which was headed from Houston to Liberia, Costa Rica.

Michael Hohl was boarding the plane on Saturday with his fiancee, Amber, when they noticed a passenger spread out across their seats, napping over their row, he told Houston`s Khou TV on Sunday.

Hohl said that they did not want to disturb the passenger so they decided to sit three rows up in an upgraded area within the economy seating.

"We thought not a big deal, it`s not like we are trying to jump up into a first-class seat," Hohl told the news station.

"We were simply in an economy row a few rows above our seat."

Hohl told Khou TV that after complying with the flight attendant`s demand, a US Marshall came onto the plane and asked them to get off.

The couple cooperated and got off the plane without incident.

"They said that we were being disorderly and a hazard to the rest of the flight, to the safety of the other customers," said Hohl.

However, United Airlines in response claimed that they actually tried to sit in an upgraded seat "repeatedly" and they "wouldn`t follow crew instructions".

The couple were rebooked for another flight on Sunday morning, but Hohl said they will never fly United again and described the whole situation as "quite strange".

United Airlines has faced a firestorm of negative reactions from passengers and the public after security officers forcibly removed passenger David Dao when he refused to give up his seat for United crew members on a flight from Chicago to Louisville last week.