Coronavirus Update: Amazon.com Inc on Wednesday said it temporarily would not require sellers in its marketplace to repay loans it had made to them. 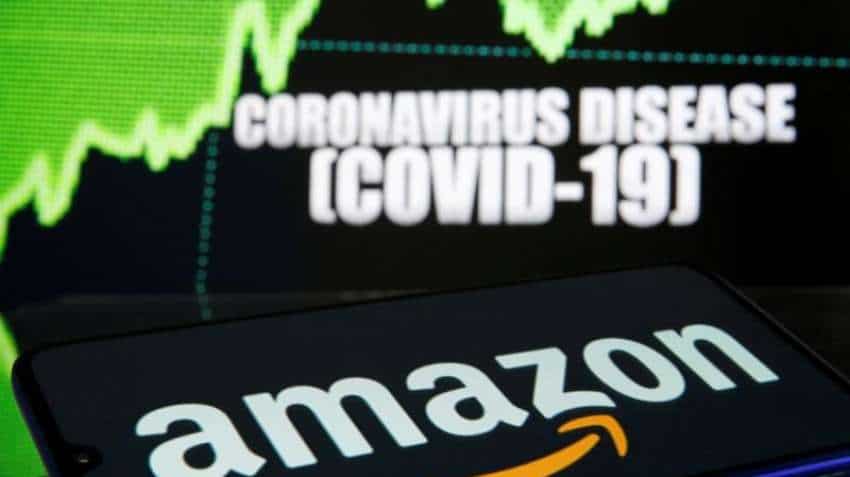 This is how Google has blocked Amazon's smart TV dream

Coronavirus Update: Amazon.com Inc on Wednesday said it temporarily would not require sellers in its marketplace to repay loans it had made to them, as merchants confront the prospect of declining sales during the coronavirus pandemic. The world`s largest online retailer notified sellers that its programme known as Amazon Lending would pause repayments beginning Thursday until April 30. Interest would not accrue during that period, it said.

The programme has offered sums between $1,000 (846.5 pounds) and $750,000 to merchants looking for capital to acquire inventory, expand their product lines and advertise on Amazon.

"Loan repayments will restart on May 1, 2020 ... You will have the same number of remaining payments once repayment resumes," Amazon said in a seller message obtained by Reuters.

More than 20,000 merchants have gotten loans from Amazon, the company said in 2017. By the end of 2019, Amazon stood to receive $863 million from sellers to whom it provided financing through the lending program, according to a company filing. The loans` terms range from three to 12 months, carrying interest rates from 6% to 19.9%.

As Americans turn to online shopping while quarantined, many online sellers, who are small and medium-sized businesses, are facing cash flow constraints amid supply chain and logistics issues caused by the outbreak. EBay Inc , another major online marketplace, said on Wednesday it will defer most selling fees for merchants for 30 days.

Amazon`s offer may provide relief to sellers, some of whom could be hard hit by Amazon`s recent decision to restrict its U.S. and European fulfilment services to household, medical and other essential goods during the outbreak.

Merchants of popular items from toys to apparel have worried that the temporary ban on stocking goods in Amazon warehouses, on which they depend for delivery, would mean low sales and difficulty paying back loans.

Jamison Philippi, an Amazon seller of toys and video games in Hackensack, New Jersey, had estimated to Reuters his income could drop by 75% just as he had a roughly $3,500 loan payment due to Amazon on April 1.

"That`s super awesome. I cheered when I got that email. That relieves a lot of stress right now," Philippi said.
Amazon`s move came after at least one rival offered sellers relief.

Amazon, which had won customers by continually making shipping faster over the years, has now slowed delivery to weeks in some cases in order to manage a flood of orders. That could also dampen merchants` sales as shoppers look elsewhere for goods.

This is how Google has blocked Amazon's smart TV dream