Consumer durables sales increase up to 100% during pre-GST discounts

Retailers that cut their losses and offered consumer durable products on sale with up to 50% discounts have now seen an increase in pre-GST sales. The sales of the retailers have increased 100% YoY with GST rollout being two days away. 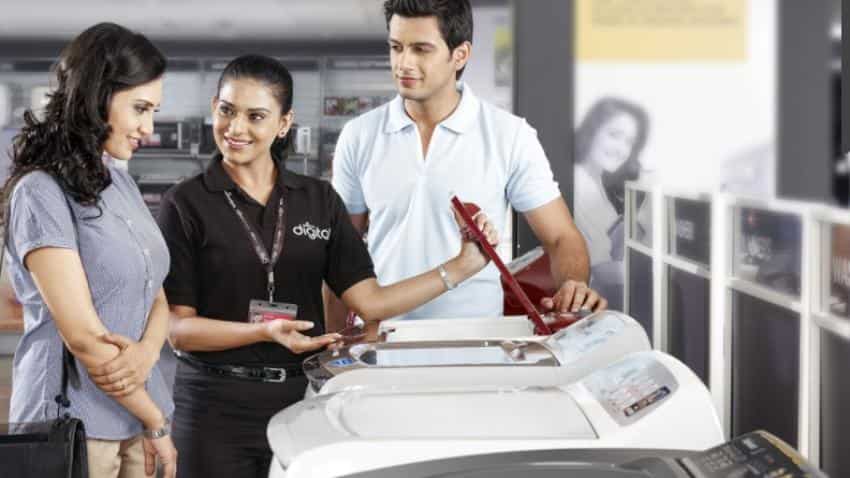 Retailers who set up sales 15 days prior to their usual monsoon sales have had an overwhelming swarm of customers this month on account of the huge discounts and stock clearing sales this month.

Consumer durables sales increased up to 100% on a year on year period from retail stores like Reliance Digital, Vijay Sales, Viveks, Great Eastern and Kohinoor stores that now run almost empty, a report by Economic Times said on Wednesday.

The rush to buy consumer electronics and products is because of the higher tax incidence that is to be levied on the goods post 1 July when the Goods and Service Tax (GST) will kick-in.

To minimise loses retailers like Vijay Sales were offering discounts up to 50%; while offers on refrigerators, televisions, air conditioners and washing machine had discounts that went up to 40% in other clearance stock sales.

GST had made retailers increase discounts on products up to three times the amount offered during Diwali and other festive seasons.

Footfalls in the consumer durables outlets in Delhi rose 30%, a report by Business Standard said on Monday.

The GST rate to be levied on consumer electronics and home appliances will be under the 28% tax slab. This would increase prices by nearly 4%, industry experts said as the current tax on consumer durables ranged between 23-28% depending on the state.