While commercial vehicle sales were negative over the past few months, in February it turned positive due the approaching BS IV deadline. 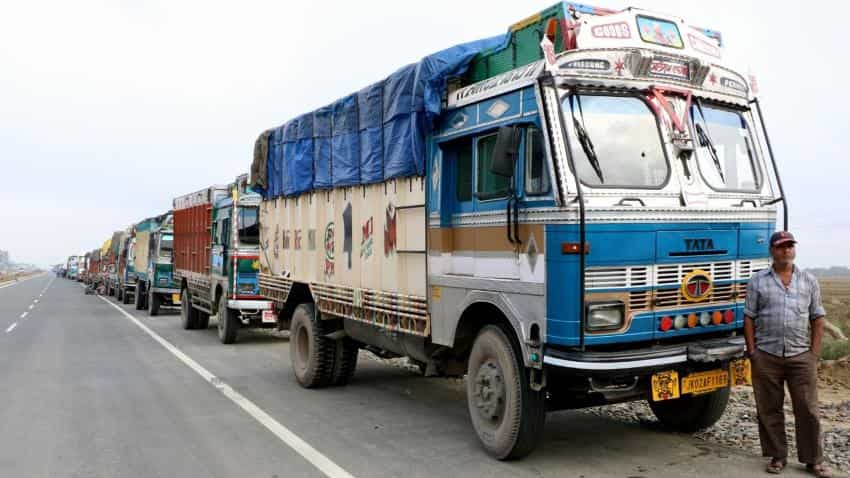 Trucks parked on the side of the road. Photo: IANS
Written By: Collin Furtado
RELATED NEWS

While CV companies missed the target expected by these analysts, it however registered a positive growth during the month. This comes as CV sales have struggled since the last few months and recorded a negative growth after demonetisation.

Total domestic commercial vehicle sales was down 0.72% during January 2017, according to data from the Society of Indian Automobile Manufactures (SIAM). This was MHCV sales posted just a 0.61% growth in January. This is due to a decline of 1.23% in sales of passenger carriers and 0.83% growth of goods carriers. Even Light Commercial Vehicles (LCV) sales posted a decline of 1.83%.

In February, however, some of top CV manufactures in the country saw a rise in sales. One of the larges players Volvo Eicher Commercial Vehicles (VECV), which is 50:50 joint venture between Eicher Motor and Volvo Group, saw 9.3% rise in sales February. It sales rose to 5,499 units in February this year from 5,032 units in the same month last year. This includes 5372 units of Eicher brand and 120 units of Volvo brand.

While Mahindra & Mahindra's saw a decline in its passenger vehicle and SUV sales during the month, its CV sales grew by a large 18% during February 2017. Its CV sales grew to 16,383 units in February 2017 from 13,864 units during the corresponding period last year. Even MHCV sales registered a large 49% growth as it's grew to 716 units during February this year from 479 units in February last year.

Though Tata Motors saw its overall CV sales decline by 1% in February 2017, however its MHCV sales registered a 1% growth over February 2016. Its bus segment grew by 30% in February 2017, driven particularly by STU orders, supported by Intercity and Staff Application segments.

“The MHCV Cargo segment demand has picked up due to pre-buying on account of expected price increase led by BSIV implementation from April 1,” said Tata Motors in a press release.