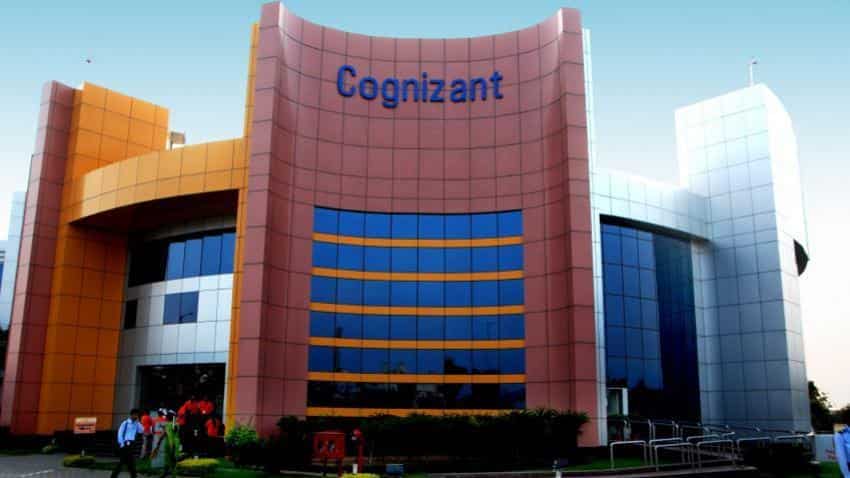 Cognizant, which competes with the likes of TCS and Infosys, has maintained its revenue outlook for the fiscal 2017 between $14.56-14.84 billion or 8-10% higher than the previous year. Representational Image. Image Source: Wikipedia
Written By: PTI
RELATED NEWS

Cognizant Technology shares trade at 23-month low, on US investigation

IT major Cognizant reported a 26% rise in March quarter profits to $557 million, helped by growth in financial services and maintained that it will grow between 8-10% in calendar year 2017.

Cognizant Technology Solutions, which has a majority of its 2.61 lakh employees based in India, is also "realigning" its business to focus more sharply on digital transformation work, even as it steps up hiring in the US.

"We delivered solid results in the first quarter (Q1) and continued to build our digital solutions portfolio, expand our skills, and enhance our engagement with clients," Cognizant CEO Francisco D'Souza said.

Cognizant, which competes with the likes of TCS and Infosys, has maintained its revenue outlook for the fiscal 2017 between $14.56-14.84 billion or 8-10% higher than the previous year.

D'Souza said the company is making good progress in accelerating its shift to digital services and solutions, positioning it well to achieve both revenue and margin targets for this year.

Cognizant said it is "realigning" its business to accelerate shift to high-value digital transformation work, while continuing to re-assess less profitable opportunities.

As part of the process, the company plans to improve utilisation and optimise workforce to better align with client demand.

Cognizant expects to incur a majority of the total costs related to this realignment programme in 2017.

Recently, Cognizant has offered a "voluntary separation incentive", offering up to nine months of salary, to some of its director and senior vice president-level executives.

D'Souza said the Cognizant is stepping up investment in professional training and aims to train more than 20,000 employees on areas like artificial intelligence, IoT and cognitive computing.

Cognizant also expects to "significantly" ramp up headcount in the US in a bid to appease the Trump administration that has been critical of outsourcing firms for unfairly taking jobs away from American soil.

While the company is hiring more locals, it is also consciously reducing its dependence on H-1B visas.

Cognizant President Rajeev Mehta said the company will hire experienced professionals in the open market as well as make more use of university, veteran, and related programmes.

He attributed the shift to be "largely in response to clients' increasing need for co-innovation and co-location".

North America accounts for about 78% of Cognizant's revenues, followed by Europe at about 16%.

On its accelerated share repurchase programme, Cognizant said the ASR purchase periods are scheduled to end during or prior to the third quarter (Q3) of 2017.

The company's financial services business grew 7% year-on-year. It added seven strategic customers in the quarter (that have the potential to generate at least $5-50 million or more in annual revenue), bringing the total number of such clients to 336.

Cognizant finished the quarter with about $4.3 billion dollars of cash and short-term investments.

Cognizant Technology shares trade at 23-month low, on US investigation