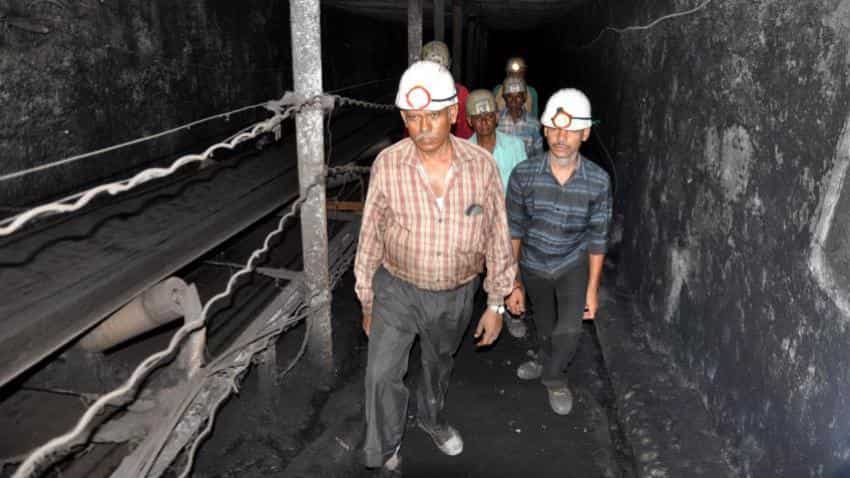 Coal India Ltd (CIL), which contributes 84% of the country`s production, is likely to end the current fiscal with a shortfall against its annual production target for 2016-17, analysts and industry stakeholders say.

They, however, predicted that the production and sales are expected to achieve "marginal growth" over the last fiscal.

"Coal India is expected to end the year with an around 550 million tonnes of production, thereby missing the annual target by 40-50 million tonnes. The miner needs to produce about 90 million tonnes in March to touch even 570-578 million tonnes as envisaged by the Coal Ministry. This is quiet unlikely," Emkay Global`s Research Analyst Gautam Chakraborty told IANS.

So far, the average monthly production in the current fiscal is around 45 million tonnes, he said.

"Production has been impacted due to lower dispatch. Higher production without growing dispatch will add more to inventories."

"Off-take growth till February was around 1.6% and I don`t think it would change significantly in March," he said.

"CIL`s off-take for the entire year is expected to be around 540-545 million tonnes, which will be marginally higher than last year. Previously, we found the miner`s internal issues, along with scarcity of railway rakes, were the main constraints for flattish off-take. But, this year, subdued coal demand has largely impacted its dispatch," a Mumbai-based analyst told IANS.

The miner`s provisional data also showed its production during the first 11 months (April to February) of the current fiscal grew by 2.3 percent to 488.06 mt against a target of 535.38 mt set for the period.

"Going by the trend this year, I expect whatever has been achieved so far in terms of production growth will continue in the same line for the last few days of the current fiscal. No dramatic change is expected," former Coal India Chairman Sashi Kumar told IANS.

"Never ever has Coal India had any reason to be concerned about its off-take. But now it is unsure of its off-take," he said, adding the miner should explore alternative market apart from India to boost its sales and thereby production.

However, Coal India Chairman Sutirtha Bhattacharya, in the last Annual General Meeting, said going forward, the miner needs to move to a double digit growth rate in order to meet the production target.

When told the production and off-take are not moving on expected lines, he said: "We look at the target for meeting the need of the people (consumers)."

"CIL`s trend of growth was affected by introduction of blanket ban by the Environment Ministry in 2010. But after the ban was lifted, the growth restored to seven% in 2014-15. In the last year, we had the highest ever growth of 8.9%," a company official told IANS.

"If the miner has the target to produce such amount, everything should fall in line. Otherwise, it will always be below the target," Kumar added.

According to a company official, the improved dispatch and production, as compared to the past, has resulted in a downward trend of coal imports.