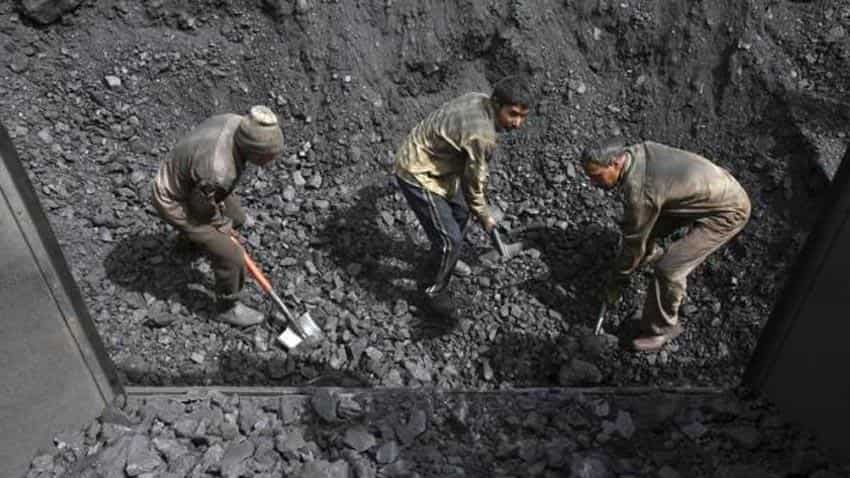 During April-November period of the ongoing fiscal, CIL has allocated 36.8 MT of the fuel as against 36.5 MT in the same period of the previous fiscal, the data said. Image Source: Reuters
Written By: PTI
RELATED NEWS

State-owned CIL allocated 3.1 million tonnes of coal under spot e-auction in November 2016, down 29.5% from the year-ago period.

The decline comes amid government's goal of securing availability of coal to meet the demand of various sectors including power.

During April-November period of the ongoing fiscal, CIL has allocated 36.8 MT of the fuel as against 36.5 MT in the same period of the previous fiscal, the data said.

According to PWC's Kameswara Rao, the volumes traded on e-auction are small, and down-side price movements tend to get magnified when larger core demand is being satisfactorily met.

Buyers get confidence that coal producers are capable of stepping in to meet any spurt in demand and so place lesser premium on short-term purchases. This also coincides with lower demand from both, power producers and the industry, he said.

"However, as demand picks up, and with global prices at nearly double that of last year, auction prices would firm up in coming quarters," he added.

Under e-auction, coal is sold at spot market price.

CIL had introduced a Spot e-Auction Scheme 2007 for facilitating the country wide-ranging access to book coal online for all sections of coal buyers enabling them to buy coal through a simple, transparent and consumer-friendly system of marketing and distribution of coal.