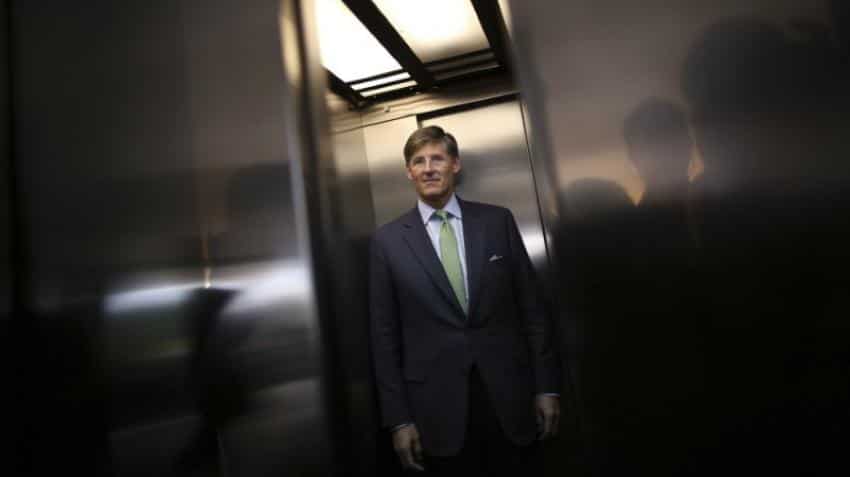 Michael L. Corbat arrives at the Planalto Palace before a meeting with Dilma Rousseff in Brasilia. Photo: Reuters
Written By: Reuters
RELATED NEWS

Citigroup Inc`s board of directors cut Chief Executive Officer Michael Corbat`s compensation by 6% last year after the bank missed financial targets and one-third of its voting shareholders disapproved of his prior pay package.

Corbat received $15.5 million in total compensation, including a base salary of $1.5 million, a $4.2 million cash award and $9.8 million of stock-related incentives, according to a securities filing on Friday.

Directors said they considered some of the 56-year-old CEO`s successes when setting his pay.

Last year, Citigroup`s capital plan won approval from the Federal Reserve, and it received positive feedback from regulators on its resolution plan. Corbat also continued to wind down troubled assets left from the financial crisis.

Citigroup, the fourth-largest U.S. bank, fell short of goals Corbat set in 2013, shortly after taking the helm, for return on assets, return on tangible common equity and operating efficiency.

At Citigroup`s annual meeting last April, 36% of shareholders who cast votes disapproved of what top executives were paid, partly because of changes the board had made to incentive structures. Directors promised to rework the formula again.

Other Wall Street CEOs got raises for their work last year, and were paid more in dollar terms.

Citigroup made additional disclosures on Friday indicating other senior executives received approximately these amounts of compensation for 2016:

John Gerspach, chief financial officer, $9 million, the same as in 2015.