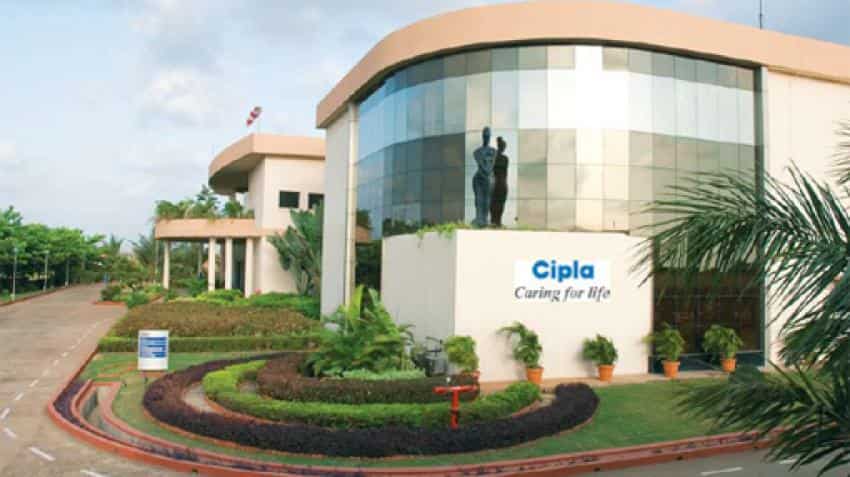 The company has witnessed top brass replacement including CEO/CFO/COO in the span of one year. Photo: Official Website
Written By: Hitisha Jain
RELATED NEWS

Cipla will maintain its EBITDA at 22% in FY22, says Kedar Upadhye

Cipla will maintain its EBITDA at 22% in FY22: Kedar Upadhye

Shares of pharmaceutical major Cipla have surged over 7% in the past five days despite weak quarterly results.

The company's revenues declined by 21% in the US and by 6% in emerging markets.

"We have had a satisfactory quarter. Our base business has shown improvement in profitability, reflecting our emphasis on product mix and implementation of cost control measures," Cipla's outgoing Managing Director Subhanu Saxena had said.

Why are shares rising?

Analysts say that top management rejig is the reason why investors are buying shares in hordes. The company has witnessed top brass replacements, including CEO/CFO/COO in the span of last one year.

Soon after the announcement of quarterly results, on August 12, the company said that Umang Vohra, current COO will replace outgoing CEO Subhanu Saxena as the new MD and Global CEO of Cipla.

Samina Vaziralli, daughter of MK Hamied, will be the new Executive Vice Chairman of Cipla reinforcing the promoter family’s commitment to to the pharma major.

Analysts view this shuffling as positive for the company.

Deepak Malik, analyst,  Edelweiss in his report titled "Cipla-Management change amidst trying times", said, "This may be a positive development, as the new team has exhaustive experience in pharma and may be more prudent with costs versus earlier, it will have a challenging task ahead to once again transform the business model that can best suit Cipla".

Along with Malik, Praful Bohra of Religare in his research report titled "Cipla- Business restructuring continues" shared the same views. He said, "Given the latter’s experience in the generics industry, we are positive about the replacement. That said, we will closely monitor the progress as Cipla’s portfolio is still evolving for the US market and should yield back-ended benefits".

Future plans get a boost?

The company has around 15% of market share in the inhaler space in smaller European markets which is likely to ramp up to 30% in next 18-24 months.

"Major boost will come when the company will launch in UK where market size is around $400 million (Rs 2661.1 crore). The company has 10 combination inhalers in pipeline targeted for US/EU launches. Cipla is focusing on restructuring its business model with 2-3 years strategy. Launch of combination inhalers in EU/US will be a significant opportunity for the company to drive earnings in long term", Hemanshu Srivastava, Analyst in KR Choksey said in a research report.

Cipla will maintain its EBITDA at 22% in FY22, says Kedar Upadhye

Cipla will maintain its EBITDA at 22% in FY22: Kedar Upadhye