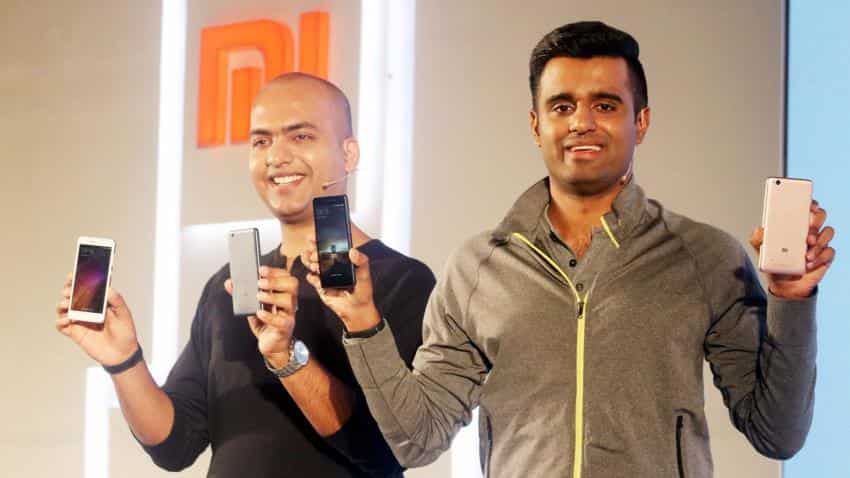 Xiaomi VP Manu Kumar Jain during the launch of the Xiaomi Redmi 4A in India. Photo: IANS
Written By: ZeeBiz WebTeam
RELATED NEWS

"The China-based vendors were already bringing majority of devices in 4G segment, which benefited them in leveraging the 4G wave demand in India," IDC said.

While Samsung was the only South Korean phone manufacturer in the top 5 list, it stood strong at No 1 spot with a 28.1% market share. The rest four companies in the top 5 were all Chinese-based phone makers.

Besides Xiaomi, Vivo was next with a 10.5% market share in the smartphone market in India. It's shipments grew by 44% over the same quarter last year.

Lenovo, including Motorola, was the next Chinese smartphone maker with a market share of 9.5%. The company slipped down from third to fourth spot even as its shipments grew by 33.7%.

Oppo was in fifth spot with a 9.3% market share. However, its shipments grew only by 14%.

Micromax was at sixth spot with a 3.3% market share.

"Homegrown vendors are making attempts to recapture the lost ground with new launches in sub-USD 100 as well as in the mid-range segment. But intense competition from China-based vendors continues to be a major challenge and is expected to increase in coming quarters," IDC India Market Analyst (Client Devices) Jaipal Singh said.

The reason for the success of Chinese brands is attributed to their aggressive pricing, faster adoption of 4G technology, better user experience and greater emphasis on cameras.

This was seen as the report pointed out that 62.2% of smartphones shipped by Chinese brands during the quarter had 13 megapixel or higher resolution cameras.