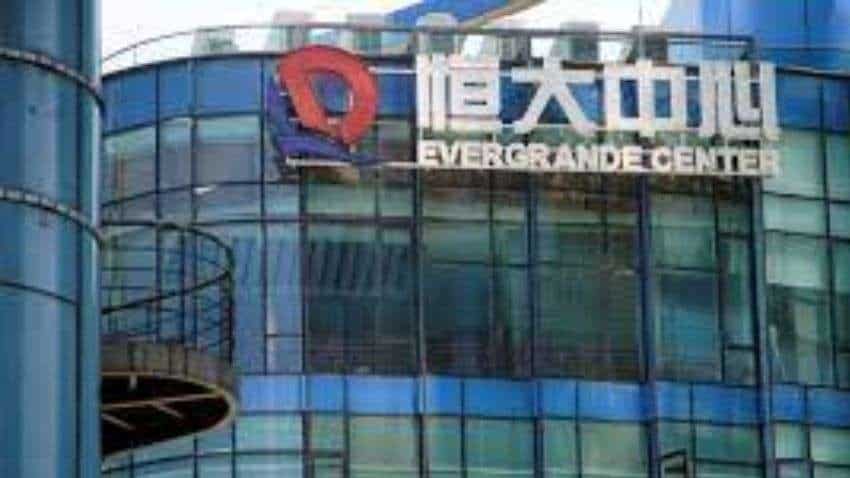 Li, who says he has not been paid since August, is doing minimal maintenance among half finished apartment blocs whose outer shells hide rubble-filled interiors. Reuters photo
RELATED NEWS

The pair, united like legions of others by their connections to the vast China Evergrande Group, show the scale of the challenge facing the Chinese government in managing its financial woes, although economists downplay the risk of a "Lehman moment" style collapse.

Evergrande, with outstanding debts of $305 billion, recently stopped repaying some investors and suppliers and halted building work at projects across the country, setting off global alarm bells over upcoming interest payments.

Li, who says he has not been paid since August, is doing minimal maintenance among half finished apartment blocs whose outer shells hide rubble-filled interiors. Sand and concrete slabs cover a just-finished marble floor in one future home.

"It`s all my savings. I was planning to use it for me and my partner`s old age. I worked day and night saving, now it`s game over," said Xie, who was told that the wealth management product that she bought would yield 7.5% a year.

"Evergrande is one of China`s biggest real estate companies ... my consultant told me the product was guaranteed."

Xie still hopes to be able to redeem her investment, one of billions of yuan in wealth management products (WMPs) sold by Evergrande, but she is not satisfied with any of the options suggested so far, which include the offer of property.

Evergrande did not immediately reply to a request for comment, but chairman Hui Ka Yan told a late-night meeting on Wednesday that the top priority is to help investors redeem their products and that home deliveries should be ensured.

Property accounts for 40% of assets owned by Chinese households, according to Macquarie, which means contagion from a potentially messy Evergrande collapse could reverberate beyond households and investors to suppliers and construction workers.

A crackdown on debt in the sector has ended a freewheeling era of building with borrowed money which became infamous for ghost cities and roads to nowhere.

"It is important from a social stability standpoint to make sure that Chinese retail investors get their money back and that homebuyers get their homes delivered," said Carlos Casanova, senior economist for Asia at Union Bancaire Privee.

Analysts at Capital Economics estimated that as of end-June, Evergrande still had to complete around 1.4 million properties, around 1.3 trillion yuan ($202 billion) in pre-sale liabilities.

One woman who bought an Evergrande property in the northeastern city of Shenyang and asked not to be identified has been waiting since April 2020.

She said she is spending 3,000 yuan a month on mortgage repayments on the 600,000 yuan she has already put down but that the building site is now closed and she doubts Evergrande will make its latest delivery deadline of Dec. 30.

More than 80,000 people – including employees, their families and friends as well as owners of Evergrande properties - bought WMPs that raised more than 100 billion yuan in the past five years, the sales manager told Reuters, lured by the promise of yields approaching 12%.

Regulators summoned Evergrande`s executives last month and issued a rare warning that the company needs to reduce its debt risks and prioritise stability.