Tesla Inc has obtained permission to start selling its Shanghai-made Model Y sports utility vehicle in China. The Ministry of Industry and Information Technology published the approval on its website on Monday. 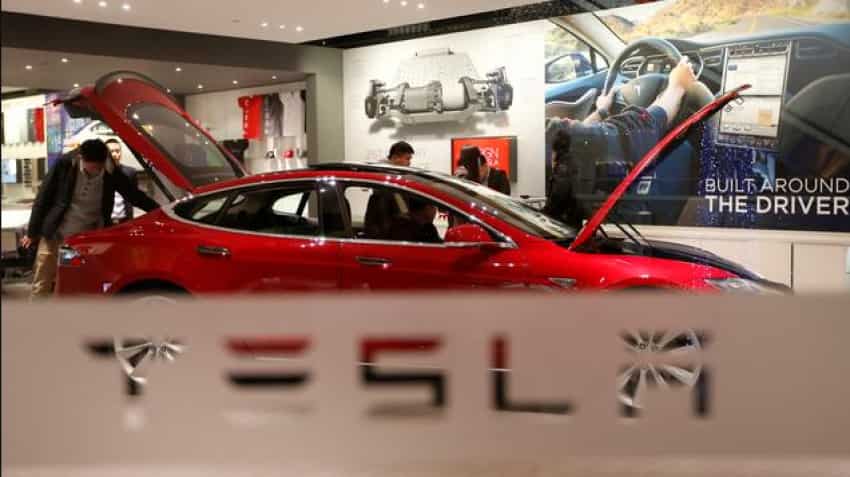 Tesla Inc has obtained permission to start selling its Shanghai-made Model Y sports utility vehicle in China. The Ministry of Industry and Information Technology published the approval on its website on Monday.

Tesla, now sells its Model 3 electric cars in China and has been building new car manufacturing capacity in Shanghai to make its Model Y SUVs. It applied for the Shanghai-made Model Y SUV sales permission earlier this month.

It started delivering vehicles made in its Shanghai factory last December and sold more than 13,000 vehicles in China in October.

The company has started exporting China-made Model 3 cars to Europe and said last week it plans to also start making electric vehicle chargers in China in 2021.

"Probably going to a wider beta in 2 weeks," Musk said on Twitter, in a reply to a user asking if the software would be available in Minnesota.

Musk had said earlier it was planned that the latest upgrade would be widely released by the end of this year, with the system becoming more robust as it collected more data.

(IANS) Electric car maker Tesla has launched a recall of 870 vehicles in China, citing defective parts that could increase the risk of accidents, China`s top quality watchdog said on Friday.

The recall involves some imported Model X vehicles manufactured between March 16, 2016, and July 31, 2016, according to a statement from the State Administration for Market Regulation.

The automaker promised to conduct tests on the recalled vehicles and replace defective parts free of charge, while advising users to drive carefully before their cars are fixed, reports Xinhua news agency.

Overall, Tesla has recalled over 9,500 Model X and Y SUVs built in 2015 and 2016 and that company has filed the recall with the US National Highway Traffic Safety Administration (NHTSA).

Tesla issued a new recall with NHTSA for 9,136 Model X SUVs built in 2015 and 2016 over pieces of the body that can detach while driving due to a lack of primer.

Tesla also issued a recall for 437 Model Y SUVs over a potentially loose bolt that could result in the upper control arm separating from the steering knuckle, reports Electrek.

The company said it was not aware of any accidents caused by the defect.