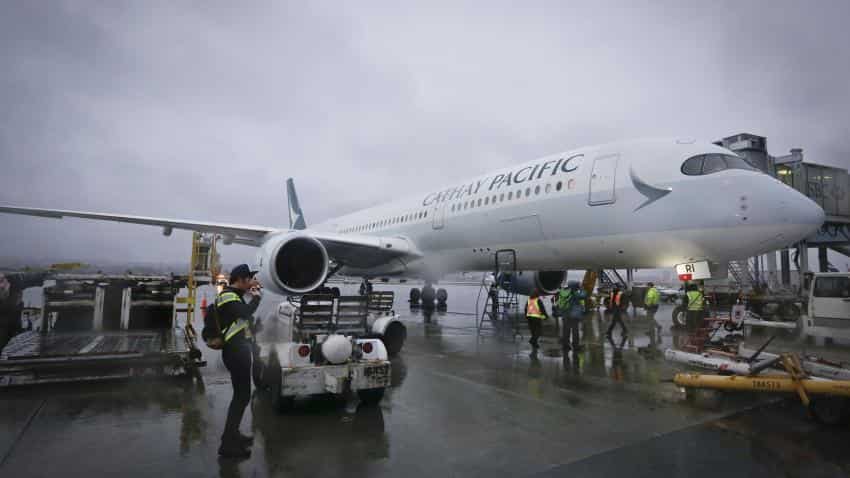 Hong Kong's flagship airline Cathay Pacific said today it would cut 600 staff as part of a major overhaul to slash costs and repair its bottom line.

It pledged at the time to slash costs by 30 per cent, saying that middle and senior management would be targeted without giving numbers.

In a company statement Monday, the airline said it would shed a quarter of its management -- or 190 roles -- as well as 400 non-managerial positions at its Hong Kong head office.

"We have had to make tough but necessary decisions for the future of our business and our customers," said CEO Rupert Hogg.

"Changes in people's travel habits and what they expect from us, evolving competition and a challenging business outlook have created the need for significant change."

No pilots, cabin crew or frontline employees would be affected, but they would be asked "to deliver greater efficiencies and productivity improvements", the statement said.

Cathay has been struggling despite an expansion of international air travel in the region, and announced a major restructuring programme in January after posting its first annual net loss since 2008 at the height of the financial crisis.

The airline is also losing premium travellers as it comes under pressure from Middle East rivals that are expanding into Asia and offering more luxury touches.

Today's announcement is the first since Hogg replaced Ivan Chu on May 1 as part of a management shake up.