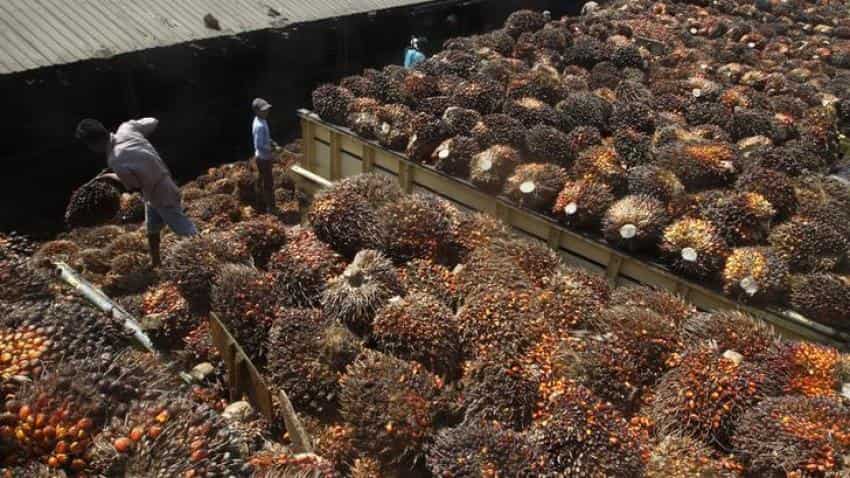 India's palm oil imports are expected to slip next month by up to a fifth, including from the top two producers Indonesia and Malaysia, as New Delhi`s removal of high-value rupee notes from circulation disrupts distribution systems and curbs demand.

Traders in Malaysia, India`s largest palm oil supplier taking up half of its imports last year, say the absence of the large bills has already impacted sales. Indian buyers are delaying shipments and cancelling vessel space bookings, and the traders expect them to hold back further in the month ahead.

In India - top importer of vegetable oils - traders are forecasting up to a 20 % drop in crude and refined palm oil imports for December from the previous month, with edible oil refiners reducing purchases as the cash crunch weakens retail demand.

"Bulk buyers are not ready to lift stocks. Most of November shipments we cannot cancel or postpone as tankers have already left Indonesian and Malaysian ports. So we are postponing shipments in December to January," said a senior official with an Indian oil refiner who declined to be named.

Cargo surveyor data shows Malaysian palm oil shipments to India for the first half of November have already dropped by 81-85 % versus the corresponding period last month.

"Inquiries have fizzled out since last week," said a Kuala Lumpur-based trader, who reported an over 50 % decline in sales volumes. "It`s not going to be easy now for the market to sustain high price levels."

Benchmark palm oil prices have been volatile in recent trading sessions, hitting a four-year high a week ago and then posting its biggest intraday drop in more than four months in the next session.

Purchases from top consumers India and China typically fall-off at year-end because palm oil solidifies during the Northern Hemisphere winter, but this year the numbers are being hit hard.

India`s total palm oil imports stood at 739,159 tonnes, according to traders, and are expected to fall to 650,000 tonnes in November and by another 20 % from there in December.

Total palm oil imports in December 2015 were 790,368 tonnes, according to the Solvent Extractors Association of India (SEA).

NO CASH IN A CASH MARKET

Exact numbers aren`t available from largest producer Indonesia, but analysts there also expect lower shipments to India because of the cash shortage, while Indian buyers said they have cut vegetable oil imports from all suppliers, even for soyoil from Brazil and Argentina in December.

"Retail sales are going down as many people don`t have cash to buy essential commodities. Refiners are not able to dispose their stocks, so they are likely to cut imports in the short-term," said B.V. Mehta, executive director of SEA.

Still, while India cannot do without imports due to limited local supplies, it is not clear how long the slowdown will last.

Jitendra Kadam, a grocery shop owner from India`s western state of Maharashtra, said consumers have cut down purchases of everything from sugar to edible oils.

"Until they get notes of smaller denominations, demand will remain weak," he said.

Said a Malaysian trader: "Everything is at a standstill. There is not enough cash around, so people are not going to trade much. They are going to wait and see."

(Reporting by Rajendra Jadhav in MUMBAI and Emily Chow in KUALA LUMPUR; Editing by Tom Hogue)