Carlsberg A/S is planning a local initial public offering of its Indian business, people with knowledge of the matter said, as it seeks to tap the growing middle class’s increasing thirst for foreign beer 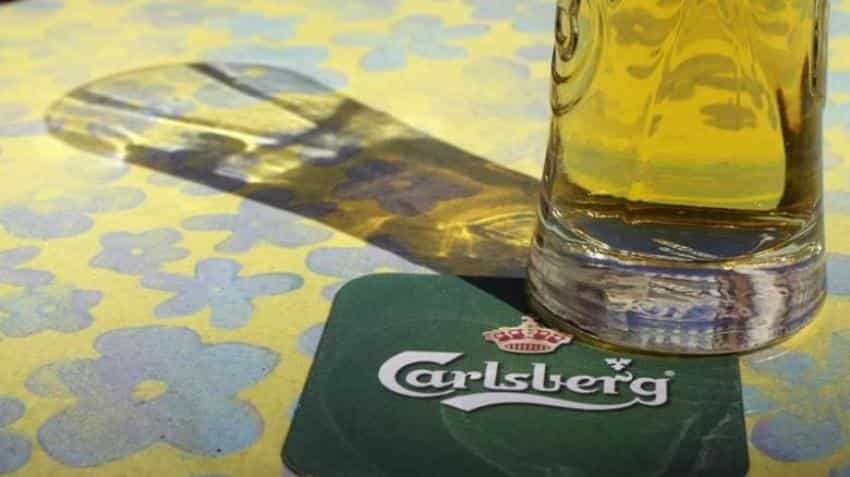 India’s beer market is expected to grow to $10.7 billion by 2020, up from $8.6 billion last year, according to Euromonitor International. Image source: Reuters
Written By: ZeeBiz WebTeam
RELATED NEWS

(Bloomberg) Carlsberg A/S is planning a local initial public offering of its Indian business, people with knowledge of the matter said, as it seeks to tap the growing middle class’s increasing thirst for foreign beer. The Danish brewer is interviewing potential arrangers for the share sale over the next few weeks, according to the people, who asked not to be identified because the information is private.

India’s beer market is expected to grow to $10.7 billion by 2020, up from $8.6 billion last year, according to Euromonitor International. Carlsberg ranks third in the country with a 13.7 percent market share, the research firm’s data show. It trails Kingfisher owner United Breweries Ltd., which has 39.2 percent, and Budweiser parent Anheuser-Busch InBev NV, which has 23.3 percent.

“This is a well timed move and we are expecting Carlsberg to price this issue aggressively,” said Kranthi Bathini, director of Mumbai-based financial advisory company WealthMills Securities Pvt. “Rising disposable incomes and changing attitudes toward alcohol among young urban consumers make this a good India consumption story that investors will lap up.”

Carlsberg may be attracted by the high valuations in the Indian stock market, where United Breweries trades at about 73 times this year’s estimated earnings, according to data compiled by Bloomberg. Shares of the Bengaluru-based company have risen 62 percent over the past 12 months, outpacing the 15 percent gain in the benchmark S&P BSE Sensex. Diageo Plc’s local unit, whiskey producer United Spirits Ltd., trades at 63 times forecast profit.

Any deal will add to the $3.9 billion raised through IPOs in India this year, up from $2.2 billion during the same period in 2017, Bloomberg-compiled data show. Exact details of Carlsberg’s potential India offering haven’t been set yet, and there’s no certainty the deliberations will lead to a transaction, the people said.

Carlsberg started operations in 2007 in India, where it sells five types of beer under the Carlsberg and Tuborg brands, according to its website. It finalized the building of its eighth brewery in the country, located in the southwestern state of Karnataka, at the end of last year, according to its annual report.

The company’s India sales volume rose more than 30 percent in the quarter ended March from a year earlier, rebounding from a dip caused by the government’s ban on alcohol sales along highways, Chief Financial Officer Heine Dalsgaard said on an analyst call last month. Carlsberg’s Tuborg lagers accounted for 81 percent of its net revenue in India last year, according to its 2017 annual report.