Bajaj Auto's partnership with Triumph Motorcycles will lead to the launch of bikes in the 250cc to 750cc segment in India. 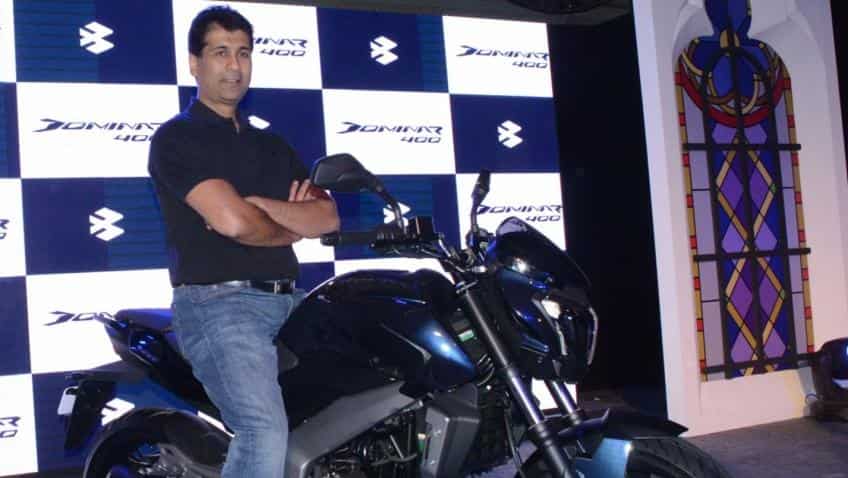 Bajaj Auto on Tuesday announced its partnership with Triumph Motorcycles as part of a new global deal. The companies will enter into a non-equity partnership to expand their reach in emerging markets.

This partnership means that Bajaj Auto finally has that missing piece in their product portfolio, with it now adding the cruiser segment bikes of Triumph. The company had already catered to the entry level and medium segment of two-wheelers and with KTM it had captured the sports segment in India.

While Triumph Motorcycles UK will gain from partnering with Bajaj Auto as the Indian motorcycles company has significant reach in the domestic market as well as in markets such as Latin America, South Asia and Africa.

However, for Bajaj Auto it signifies an even greater win as it has been looking to make an entry into the mid-capacity segment (250cc to 750cc) of bikes which has been dominated by one player, Royal Enfield.

The size of the mid-capacity segment is estimated at about 1 million motorcycle sales annually.

If you recall in December 2016 Bajaj Auto's Managing Director, Rajiv Bajaj said that the Dominar 400 will compete directly in the space of Royal Enfield.

It also managed to succeed a little as Bajaj Dominar 400 managed to take over 20% of Royal Enfield's market share by February 2017, according to a Hindu Business Line report.

However, Royal Enfield, which caters to the 350-535cc bike segment, has still managed to dominate the segment with over 70% market share. Royal Enfield, in fact, today has almost 7-8% of the total two-wheeler marker in India due to its dominance in its segment.

Bajaj Auto with its partnership with Triumph will develop a range of mid-capacity (250-750cc) motorcycles. These motorcycles will cater to the Indian market and other emerging markets such as those which Bajaj Auto exports to.

Triumph currently caters to only higher motorcycle segments and for them this partnership will also give it an entry into a new lower priced bike segment.

Bajaj in an interview on MoneyControl.com said that the world over there was earlier no market for small Triumph motorcycles and that thanks to Royal Enfield, it has shown that this can be a segment that is almost 7-8% today of the total market.

Bajaj further said, “Now if we take that as a benchmark and on top of that if you put together the brand value of Triumph which at least to me, ranks higher than a Royal Enfield and if you then add to that, the capability of Bajaj in terms of design, development, engineering, manufacturing, sourcing, which in quality and cost terms, at least to my subjective mind, is superior to that of Royal Enfield, then you can begin to appreciate that there is a huge potential waiting out there that we can harness together.”

Considering the way it has managed to successfully ride on KTM and grow its sales in the sports segment, with Triumph which is a high-end motorcycle brand it can give Royal Enfield a run for its money in this untouched segment.

So the question is when do we see such a Triumph bike from Bajaj Auto coming out?

While it takes about three years to develop a motorcycle, Bajaj said that the company has already started work on the new Triumph Motorcycles a few months back, on both the vehicle side and the engine side.

This means that the first range of the new Triumph bikes could be entering the market much earlier than three years.

The company will manufacturer the Triumph brand of motorcycles from its Chakan manufacturing facility near Pune. Bajaj even indicated that it might start a new plant in Chakan itself, for which it has already acquired land, and this will cater to the Triumph and Husqvarna motorcycles.