The ED informed the National Company Law Tribunal that it is also in the process of declaring the company`s promoter Nitin Sandesara as an absconder under the stringent Fugitive Economic Offenders Act, 2018. 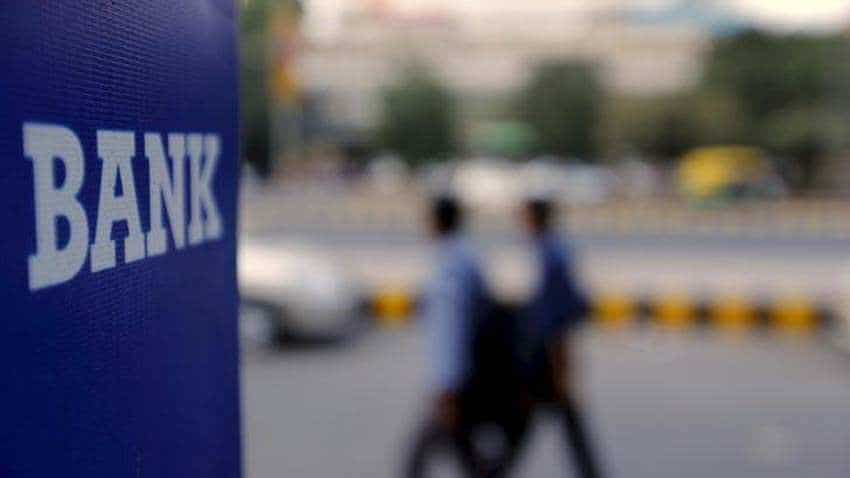 On February 14, the Sandesara brothers moved a Delhi court seeking cancellation of the non-bailable arrest warrants against them. Their plea will come up for hearing on April 2. Reuters
Written By: IANS
RELATED NEWS

The Enforcement Directorate (ED) on Tuesday warned that it could attach the entire amount of the one-time settlement (OTS) to be paid by the absconding directors of the scam-hit Sterling Biotech Group to the Committee of Banks.

The ED informed the National Company Law Tribunal that it is also in the process of declaring the company`s promoter Nitin Sandesara as an absconder under the stringent Fugitive Economic Offenders Act, 2018, and the agency has already attached Rs 4,700 crore worth of the promoters` assets so far.

Since the FEOA supersedes all other laws, the ED can also attach and seize the entire amount of the OTS which the banks, led by the Andhra Bank, expect to get from the Sterling Biotech Group.

The agency`s response came to the March 14 notice issued by the NCLT, Mumbai members V.P. Singh and R. Duraiswamy, after the Committee of Creditors sought withdrawal of the Corporate Insolvency Resolution Process (CIRP) after the Stering Biotech Group`s absconding promoters agreed to pay an OTS.

In another revelation on Tuesday, the Committee of Creditors` lawyers said that the promoters have revised the settlement offer and instead of clearing the full OTS by March 31, they will now pay a token Rs 179 crore and the rest, estimated around Rs 3,100 crore, in June.

The Gujarat-based pharmaceutical giant owes Rs 8,100 crore only to the banks and more to other financial creditors, amounting to a total of around Rs 14,938 crore - bigger than the Nirav Modi scam.

The OTS of around Rs 3,100 crore would mean that the banks would have to forget a whopping nearly 65 percent of their total dues.

The NCLT, questioning the sources of funds for the OTS offer, asked the Resolution Professional to verify the authenticity and posted the matter for further hearing on April 26.

It has also directed the Ministry of Corporate Affairs (MCA) to give its opinion in the matter as most of the banks involved in the matter are public sector banks.

During the last hearing, the NCLT had asked for the views of the MCA, the ED, the Securities and Exchange Board of India, the Reserve Bank of India, the Income Tax Department, and the Central Bureau of Investigation, but only the ED and SEBI have responded so far.

The NCLT had slammed the Andhra Bank`s proposal of an OTS especially since the firm`s directors were missing and even specialized agencies like the ED and the CBI have failed to track them down so far.

The Sterling Biotech matter came before the NCLT in June 2018 and during pendency of the matter, in the first week of March, the Committee of Creditors comprising banks, suddenly voted to withdraw the proceedings against it in return for a OTS from the Sandesara brothers.

If accepted, the OTS plan -- under Section 12A of the Insolvency and Bankruptcy Code, 2016 -- could entail a loss of around two-thirds to the creditors-lenders, and probably help the fugitives emerge unscathed by the scam.

According to the company`s last Annual Report as on March 31, 2018, it had loans, borrowings, and external commercial borrowings of Rs 7,564 crore, and financial creditors have made claims worth Rs 14,938 crore.

The company admitted that its premises were sealed by the ED and it is under the scrutiny of multiple agencies including the CBI and the Serious Fraud Investigation Office (SFIO).

In October 2018, the CBI had registered a case against Sterling Biotech and its top officials for obtaining fraudulent loans worth a total of Rs 8,100 crore from Indian banks and their overseas branches between 2004-2012.

The ED had named a web of 184 group companies in India and abroad, besides 181 accused, and charged the Sandesara brothers of hatching a criminal conspiracy to cheat the banks by manipulating the balance sheets of their companies and luring banks to sanction higher amounts in loans.

Taking action on a CBI complaint, in January, the ED nabbed former Andhra Bank Director A.P. Garg in connection with the fraud, accusing him of money-laundering and other charges.

On February 14, the Sandesara brothers moved a Delhi court seeking cancellation of the non-bailable arrest warrants against them. Their plea will come up for hearing on April 2.

After roll out of NEP, class 10, 12 board exams should be discontinued: Sisodia to Centre