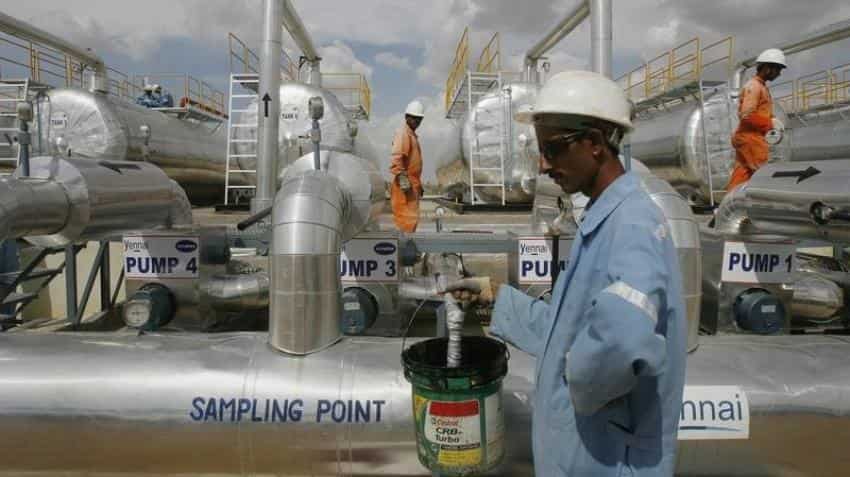 The Expert Appraisal Committee (EAC) while according to environmental clearance set a few conditions along with other specific and general environmental conditions relevant to the project proposal. Image Source: Reuters
Written By: PTI
RELATED NEWS

Vedanta-Cairn India merger: Is it really a sweet deal?

A committee under the Ministry of Environment, Forests and Climate Change has given a green signal to Cairn India for undertaking drilling works of 64 exploratory and appraisal wells in KG-OSN-2009/3 block in KG basin at Prakasam and Guntur districts of Andhra Pradesh.

After examining the facts and detailed deliberations the committee decided to recommend the proposal for grant of environmental clearance subject to compliance of following conditions along with other specific and general environmental conditions relevant to the project proposal, the EAC said in the minutes of the meeting held recently.

Cairn India has proposed for drilling of 55 exploratory and 11 appraisal wells in KG-OSN-2009/3 block in Offshore KG Basin. The offshore block in the Bay of Bengal along the coast of Andhra Pradesh is spread over an area of about 1988 km. The block covers partly the offshore areas of Prakasam and Guntur districts.

Cairn India had earlier said it declared force majeure of two of its oil and gas blocks including KG-OSN-2009/3 due to the objections raised by the Ministry of Defence for taking up exploratory works. However, the company, in 2014, got necessary clearance from the Ministries concerned.

The block was awarded to Cairn India on 30 June 2010 as part of the NELP-VIII round for exploration of hydrocarbons and production. The company has 100% stake in the block, according to the last year's annual report.

Exploratory/Appraisal drilling is carried out in the identified sub-surface structures to find out if there is presence of hydrocarbons in commercially exploitable quantities, an expert in oil and gas filed said.

Vedanta-Cairn India merger: Is it really a sweet deal?