Cairn will drop cases to seize diplomatic apartments in Paris and Air India airplanes in the US in "a matter of a couple of days" after the refund, CEO Simon Thomson said adding Cairn's shareholders are in agreement with accepting the offer and moving on. 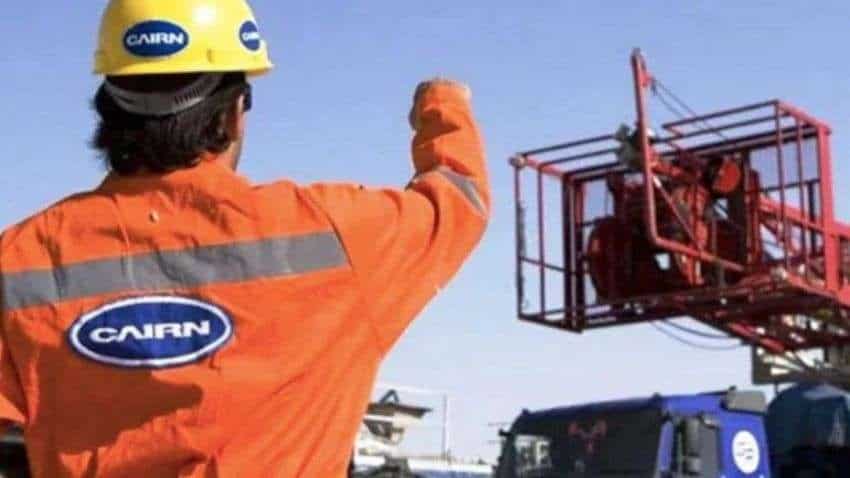 UK-based Cairn Energy PLC on Tuesday said it will drop litigations to seize Indian properties in countries ranging from France to the US, within a couple of days of getting a USD 1 billion refund resulting from the scrapping of a retrospective tax law.

The firm, which gave India its biggest onland oil discovery, termed "bold" the legislation passed last month to cancel a 2012 policy that gave the tax department power to go back 50 years and slap capital gains levies wherever ownership had changed hands overseas but business assets were in India.

The offer to return money seized to enforce retrospective tax demand in lieu of dropping all litigations against the government "is acceptable to us," Cairn CEO Simon Thomson told PTI in an interview from London.

Cairn will drop cases to seize diplomatic apartments in Paris and Air India airplanes in the US in "a matter of a couple of days" after the refund, he said adding Cairn's shareholders are in agreement with accepting the offer and moving on.

"Some of our core shareholders likes BlackRock and Franklin Templeton agree (to this). Our view is supported by our core shareholders (that) on balance it is better to accept and move on and be pragmatic. Rather than continue with something negative for all parties which could last for many years," he said.

About Rs 8,100 crore collected from companies under the scrapped tax provision are to be refunded if the firms agreed to drop outstanding litigation, including claims for interest and penalties. Of this, Rs 7,900 crore is due only to Cairn.

"Once we get to final resolution, part of that resolution is us dropping everything in terms of litigation. We can do that within a very short period of time, just a matter of a couple of days or something," Thomson said. "So we are preparing on the basis of getting this resolution quickly, all these cases being dropped, and putting all this behind."

He said all enforcement proceedings brought because of the Government of India's refusal to honour an international arbitration award asking it to return the value of money seized to enforce the retrospective tax demand, will be dropped.

"Everything will be dropped. There will be no more litigation, that will be it. It will clear the matter up," he said.

Cairn in its half-yearly report on Tuesday said it will return up to USD 700 million out of the Rs 7,900 crore (USD 1.06 billion) it is supposed to get from the Indian government, to "shareholders via special dividend and buyback."

"Payment of the tax refund would enable a proposed return to shareholders of up to USD 700 million, via a special dividend of USD 500 million and a share buyback programme of up to USD 200 million. The remainder of the proceeds would be allocated to further expansion of the low-cost, sustainable production base," it said.

Thomson said Cairn has had a "good, open and transparent line of communications with the Government of India" on finding a resolution to the retro tax issue. "Our aim was to get to a resolution... Something which would be acceptable to our shareholders."

"We were pleased when the Government of India made what we thought was a pretty bold move, in terms of enactment of the legislation," he said. "The intention of the government, we are obviously aligned with it, is to get this resolved as quickly as possible. Hopefully, that means within the next few weeks. It is good not only for us and our shareholders but also importantly for India."

The resolution will bury the ghost of retro tax and help move on. "We are keen to get back to Cairn being talked about in terms of success in Rajasthan. I think moving on from this will allow us to do that," he said referring to the prolific oil discovery the firm made in Barmer.

In accepting the terms of the new legislation in India, Cairn would be required to withdraw its international arbitration award claim, interest and costs and to end all legal enforcement actions in order to be eligible for the refund.

"It will mean we will forego interest and penalty in terms of the original arbitration award. The important thing for us is it returns the value that was taken from us. From our perspective it is the right thing to do, be pragmatic, put this behind us, move on," he said adding this would help wipe away a factor negatively impacting investment for many years to come.

The 2012 legislation was used to levy a cumulative of Rs 1.10 lakh crore of tax on 17 entities including UK telecom giant Vodafone but nearly 98 per cent of the Rs 8,100 crore recovered in enforcing such a demand was only from Cairn.

An international arbitration tribunal in December overturned a levy of Rs 10,247 crore in taxes on a 2006 reorganisation of Cairn's India prior to its listing, and asked the Indian government to return the value of shares seized and sold, dividend confiscated and tax refund withheld. This totalled USD 1.2 billion-plus interest and penalty.

The government initially refused to honour the award, forcing Cairn to identify USD 70 billion of Indian assets from the US to Singapore to enforce the ruling, including taking flag carrier Air India Ltd to a US court in May. A French court in July paved the way for Cairn to seize real estate belonging to the Indian government in Paris.

All these litigations will be dropped, he added.