Air India, which is staying afloat on taxpayers' money, reported an operational profit of Rs 105 crore in 2015-16 -- its first in more than a decade. 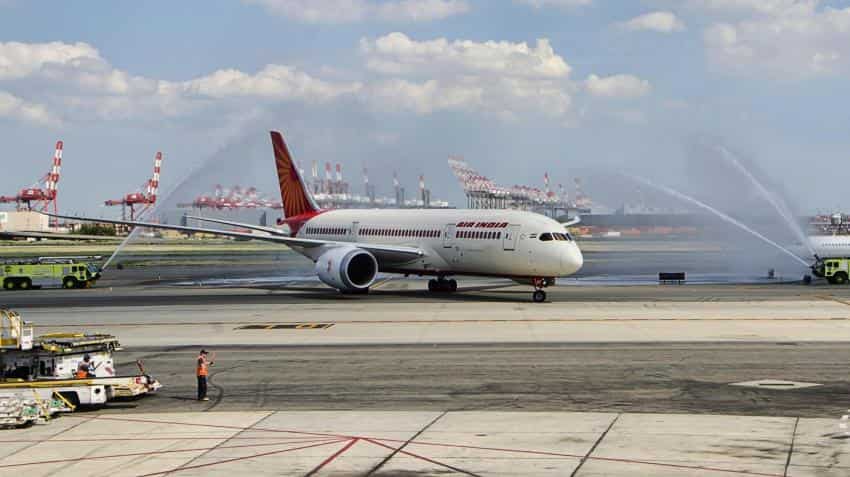 The performance audit report, which covered the period from 2010-11 to 2015-16, was tabled in Parliament. Photo: IANS
Written By: PTI
RELATED NEWS

The CAG on Friday said Air India "actually incurred" an operating loss of Rs 321.4 crore in 2015-16, even the airline maintained it had an operating profit of Rs 105 crore based on generally accepted accounting standards.

While making it clear that there was no fudging of numbers, officials at the Comptroller and Auditor General (CAG) said figures reported by the airline are "actually under-reporting of loss".

Air India said the "operating profit of Rs 105 crore is as per the generally accepted accounting standards" and was calculated on the basis of reducing total expenditure excluding only the financing costs from total revenue.

"It is therefore the equivalent of earnings before interest and tax (EBIT) and includes provision of Rs 1,867.78 crore of depreciation. Had depreciation been excluded from the expenditure the operating profit would have significantly increased," the airline's spokesperson said in a late evening statement.

Air India, which is staying afloat on taxpayers' money, reported an operational profit of Rs 105 crore in 2015-16 -- its first in more than a decade.

"For 2015-16 where Air India has reported an operating profit of approximately Rs 105 crore, the audit of Air India's standalone accounts for 2015-16 has been completed," Deputy CAG Pradeep Rao said.

About the operating profit which Air India has stated it has made in 2015-16, Rao said that in the view of CAG, "it is actually an operating loss of Rs 321.4 crore".

Based on the observations made by statutory auditor of the company and the subsequent check by the CAG, "We have found that they have not made provisions which they should have made in terms of standard accounting procedures," he noted.

The performance audit report, which covered the period from 2010-11 to 2015-16, was tabled in Parliament on Friday.

CAG's observations also come at a time when concerns persist in certain quarters about the financial viability of Air India even as the government has been talking about last fiscal's operational profit to counter the concerns.