Corporate spending on sports likely to take a high jump 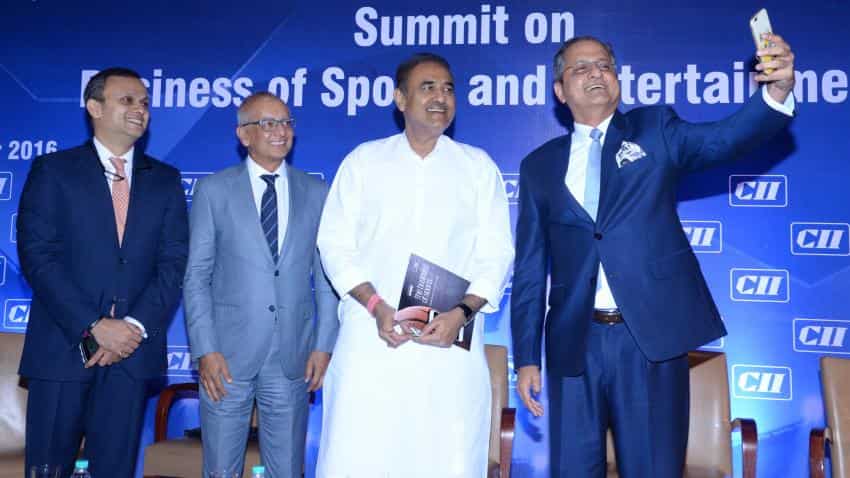 The Indian sports sponsorship market has only marginally grown over the years as investors did not realize that this industry has a longer gestation period than others, Srinivas Dempo, Chairman and Managing Director Dempo Shipbuilding & Engineering stated at the CII summit on business of sports and entertainment on Wednesday.

The sports leagues’ business in India have been off to a late start in comparison to the rest of the world.

While the Indian Super League (ISL) is yet to turn profitable, only two teams in the famous Indian Premiere League (IPL) turned profitable in 2015 after its introduction in 2008.

In the first season of the Indian Super League (ISL), each of the eight teams lost Rs 35-40 crore, the report added and the only profitable league in India till date is the Pro Kabadi League (PKL) with its 435 million viewers.

Return on Investments (RoI) is what keeps investors out of this business as it may seem to be a somewhat long-term investment.

While some might argue that a profit seeking motive in the business of sport maybe an ‘ugly one,’ experts on the panel of discussion regarding ‘Corporatization of sports’ at the summit stated that business of sports implies profit.

“Remember when you are talking about the business of sport, then it implies profit. So anybody who is involved in the business of sport has necessarily to worry about profit at the end of the day. However distant that end may be. I’m just saying that profit may be a long time coming and you must have both the orientation and the risk appetite to wait that long otherwise sports could get sort of endangered,” Sam Balsara, founder, Chairman and Managing Director of Madison World and Madison Communications stated.

Ashu Jindal, CEO, IMG Reliance stated that he was bullish on sport spending. He stated that the spending on sports will grow as the population who watch sports increases.

“As a marketing or a brand function, clearly there is money in investing some money as a sponsorship amount in these opportunities. That is always looked at from a brand building with the demographic because obviously more people give wealth to brand and that converts to more visibility.

And since we are talking about business of sports this is the mind-set of most sponsors when they come on-board. Of course they have some kind of devotion for the sport but also from the business that is derived by adding our brands into the mix,” Karan said.

And in the matter of event organizers choosing their investors Sam Balsara, stated that he is all for choosing that ‘lambi race ka ghoda.’

He said, “…the promoters or organizers may do well to choose their benefactors with care. And I think such benefactors have to be what I would call, ‘lambi race ka ghoda,’ because if they are not then I think they can do more damage to sport when they are trying to evangelise it.”