Amidst competition in the broadband services market, BSNL has revised prices and data offered on several plans. Zeebiz gives you the plans’ details. 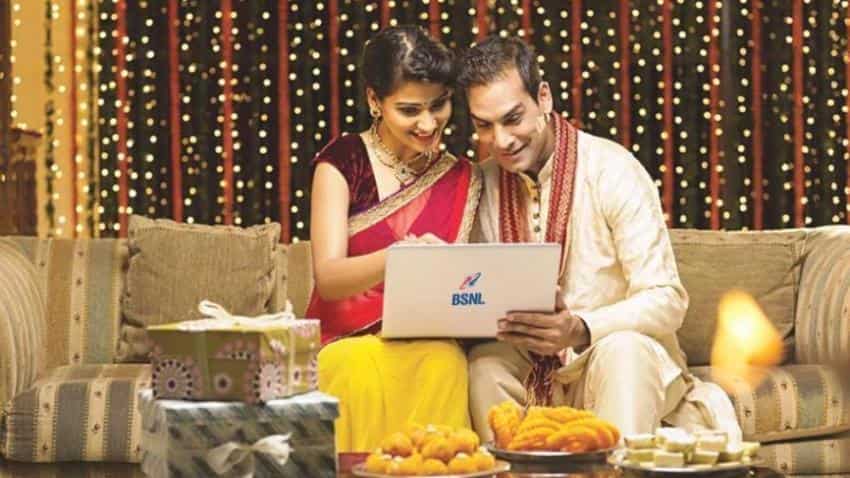 This comes after rumours that new entrant in the telecom sector – Reliance Jio may launch its broadband services - JioFiber by the end of this week. Image Source: BSNL website
Written By: ZeeBiz WebTeam
RELATED NEWS

State-owned telecom operator, BSNL has reportedly slashed the prices of its broadband plans. Its earlier Rs 1199 plan is now available for Rs 599, a report by TelecomTalk said on Monday.

This comes after rumours that new entrant in the telecom sector – Reliance Jio may launch its broadband services - JioFiber by the end of this week.

Under the Rs 599 plan, subscribers will get free 24 hours calling and 4Mbps up to 50GB data instead of the earlier plan of 2Mbps, the report added.

BSNL is also offering 24 hours free calls on Sundays and free calls from landline phones at night as part of a new broadband plan.

The telecom operator has also revised other plans including the Rs 675 plan that will offer 10GB data at 4Mbps speed as opposed to the 5GB offered earlier.

A new plan by BSNL for Rs 999 will offer 30GB in place of 20GB of data, the report said, with an internet speed of 4Mbps across India.

India’s telecom major – Bharti Airtel has also been feeling the heat from Jio’s speculated broadband launch. In May the company started offering 1,000 GB extra on select broadband plans to its customers.

A sneak peek at Jio’s broadband plans estimated that the company will offer 100GB at 100Mbps speed which will be free for three months.