According to the report, FY 2008 was the last year of positive operating profit (EBIT) for BSNL and since then, the company has posted a cumulative EBIT loss of Rs 82,000 crore from FY 2009 to FY 2018. 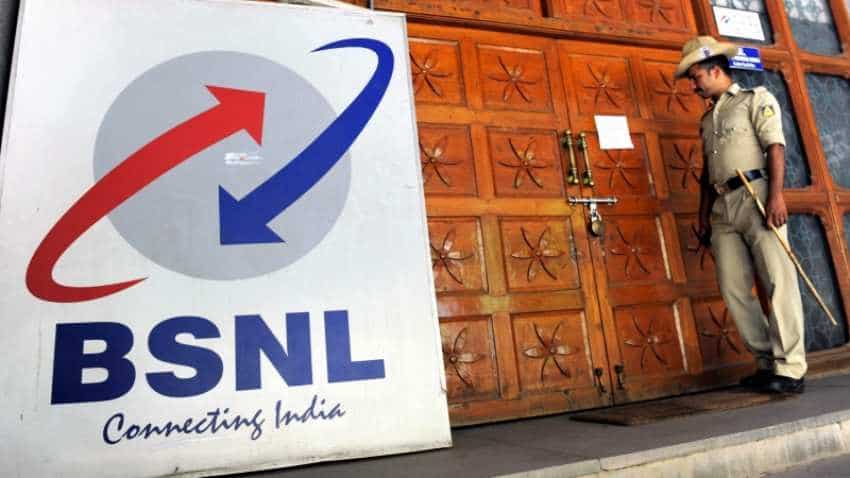 BSNL, which has been posting losses for the last 13 years, does not give its loss figures. Photo: PTI
Written By: IANS
RELATED NEWS

The state-run BSNL`s 2018-19 losses may have touched Rs 12,000 crore if attributed exclusively to its services, official sources said. The PSU has another board meeting on April 16, where it may discuss the trends in its annual results among other investment plans. The April 4 board meeting discussed some HR issues, sources said adding if the incomes from government projects are included the loss may be reduced marginally. They said the acute financial crunch visible in February was there in PSU and the situation only got aggravated then. So the numbers on losses are up by at least 50 per cent.

BSNL, which has been posting losses for the last 13 years, does not give its loss figures. The only time the figures were released is when the Minister gave his reply to questions in Parliament. Till then the assessment of its losses or operations are not in public domain and financial and telecom experts don`t get credible information from the management to analyse the situation. The PSU said its a non-listed entity so making the numbers public is not mandatory.

As such the statement made by the BSNL management on operations, finances and numbers are not taken up for analysis as they lack validation. The other time its figures comes is when the annual survey of sick and incipient companies is released by the Department of Public Enterprises (DPE), said a telecom expert from an analyst firm.

BSNL`s annual loss widened to Rs 7,992 crore for the fiscal year ended March 2018 (2017-18), Telecom Minister Manoj Sinha had told Parliament last December. Its loss stood at Rs 4,786 crore in 2016-17. "BSNL`s salary issue in February left a lot of questions in the minds of the analysts about its actual financial positions and also the state of the industry," the analyst said.

In the wake of the February salary issue, the Kotak Equities had said BSNL`s total loss may have crossed Rs 90,000 crore.

According to the report, FY 2008 was the last year of positive operating profit (EBIT) for BSNL and since then, the company has posted a cumulative EBIT loss of Rs 82,000 crore from FY 2009 to FY 2018.

It added that FY 2018 operating revenues (at Rs 22,700 crore) stood 37 per cent below the peak FY 2006 levels reflecting industry-wide challenges as well as loss of market share for BSNL.

"We believe the current annual cash loss run-rate for BSNL would be in excess of $1 billion (Rs 7,100 crore). These challenges have also meant that BSNL remains far behind the three private operators (Bharti, Vodafone-Idea Ltd and R-Jio) on network coverage, capacity and quality," the broking firm said.

"R-Jio`s imminent FTTH foray will likely impact BSNL`s wireline business soon; this business has been the only growing segment for BSNL the past few y ears," it added.