If you are in Karnataka, you can enjoy free unlimited local and STD voice calls for first 30 days with BSNL's new offer. 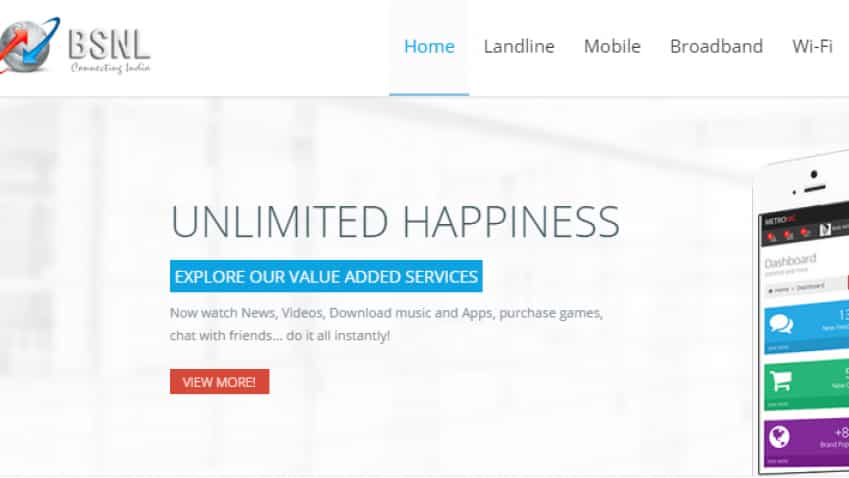 According to the report, all voice calls including local and STD to all operators will be free for first 30 days. Representational Image. Image Source: Official Website

According to the report, all voice calls including local and STD to all operators will be free for first 30 days.

Customers can also have an option to get the free unlimited calls for three months by paying Rs 439 at the time of taking new connection, the report said citing BSNL, as saying in a press release on Friday.

The report quoting BSNL said that as a fair usage policy the calls to other network is limited to half an hour per day.

This promotional offer in Karnataka circle is for all new customers and customers of other operators who want to port in their numbers to BSNL under mobile number portability (MNP), it added.

Meanwhile, the telecom operator on Sunday last week reported decline in its losses for the nine-month period that ended on December 31, 2016, PTI reported.

BSNL's losses have narrowed to Rs 4,890 crore for the period between April to December from Rs 6,121 crore in the year-ago period.

The company posted a 5.8% increase in income from services at Rs 19,379.6 crore during the period under review. The figure stood at Rs 18,314.9 crore in the same period of the previous year.

The telecom company expects losses to come down for the full financial year as the fourth quarter (Q4) is a seasonally strong quarter.

"Our revenue from services have risen by 5.8% and the total income is up 7%. It is a good sign," PTI reported quoting BSNL Chairman and Managing Director Anupam Shrivastava, as saying on Monday.