British Airways has cancelled all its flights from Heathrow and Gatwick airports in London on Saturday after a "major IT system failure" whereby it has left thousands of travellers stranded on both the airports. 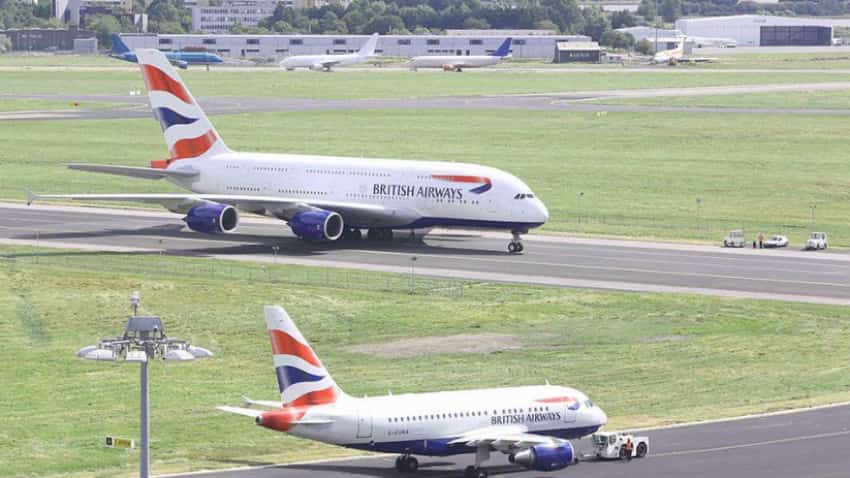 British Airways cancelled all its flights from Heathrow and Gatwick airports in London on Saturday after a "major IT system failure", leaving thousands of travellers stranded as a workers' union blamed outsourcing to India for the "meltdown".

The airline initially cancelled only flights before 1800 local time on Saturday but later confirmed all its flights will remain grounded at both airports throughout the day.

"Our IT teams are working tirelessly to fix the problems," British Airways (BA) CEO Alex Cruz said in a video posted on Twitter.

"We believe the root cause was a power supply issue and we have no evidence of any cyberattack."

Following a major IT system failure this morning, we've cancelled all flights to and from Heathrow and Gatwick for the rest of today. 1/2

The GMB union said the "meltdown" could have been avoided if BA hadn't made hundreds of IT staff redundant and outsourced their jobs to India at the end of last year.

"This could have all been avoided. In 2016 BA made hundreds of dedicated and loyal IT staff redundant and outsourced the work to India," said Mick Rix, national officer for aviation at GMB.

"BA have made substantial profits for a number of years, and many viewed the company's actions as just plain greedy," he said.

The move in 2016 had sparked protests and outrage from members of the union.

At the time, a BA spokesperson had said, "A contract has been signed with the TCS to be the supplier of some IT activities in British Airways, and British Airways has been in consultation with those IT staff affected, about 200."

"British Airways employs around 35,000 people in the UK, providing high-skilled and well-paid jobs. It hires 1,000 people a year and has a strong apprenticeship programme."

The TCS is yet to comment on the matter.

Earlier, BA apologised for the "global system outage" and said it was "working to resolve the problem as quickly as possible".

"A major IT system failure is causing very severe disruption to our flight operations worldwide," the airline said.

The chaos comes on what is a Bank Holiday weekend in the UK, involving thousands of additional journeys as people make use of the long weekend due to an annual holiday on Monday.

BA aircraft landing at Heathrow are unable to park up as outbound aircraft cannot vacate the gates, which has resulted in passengers being stuck on aircraft.

Heathrow has advised passengers to check the status of their flight before travelling to the airport.

All affected passengers will be offered the option of rescheduling or a refund.