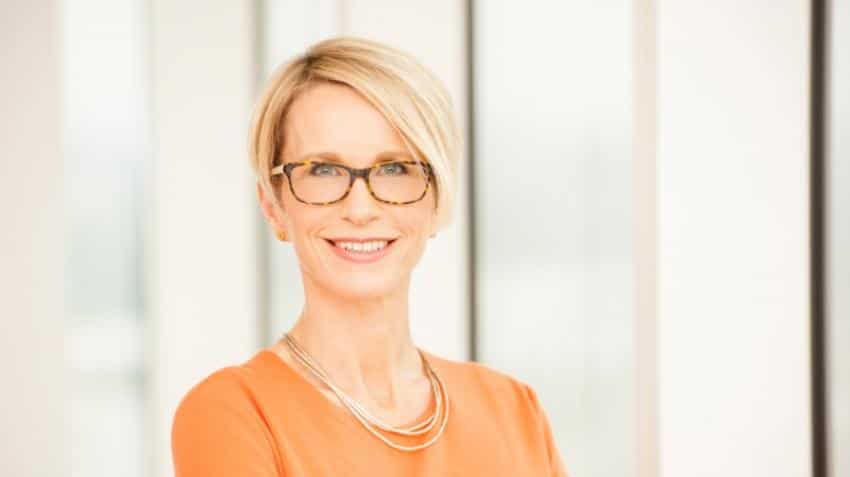 Emma Walmsley, GlaxoSmithKline's (GSK) incoming CEO, breaks the mould as the first woman to lead a top global drugmaker and stands out among Big Pharma bosses as a consumer brands guru rather than a prescription medicines expert.

But after six years at Britain's biggest drugmaker she is a confirmed GSK insider, which will disappoint those investors who had been hoping for a new broom from outside the company.

"GSK will get applause for appointing a woman to a position no woman has filled but investors will be wary that the company will do more of what hasn't worked all that well," said Erik Gordon of the University of Michigan's Ross School of Business.

GSK has struggled to grow sales and profits in recent years, although it is finally on the road back to double-digit percentage earnings growth in 2016.

The former classics and modern languages graduate from Oxford, who worked in marketing and management at French cosmetics group L'Oreal for 17 years before joining GSK, has her roots a long way from the pharmaceutical lab bench.

Nonetheless, as head of consumer healthcare at GSK, the 47-year-old mother of four has quietly built up her reputation among investors by doubling margins in her division and focusing on "power brands" such as Sensodyne toothpaste and painkiller Panadol.

Walmsley's appointment suggests GSK will continue the diversified strategy pioneered by outgoing CEO Andrew Witty, the man who brought her onboard after meeting her over lunch while she was running L'Oreal's business in Shanghai.

That may be reassuring for shareholders who relish GSK's near 5% dividend yield and had worried that a radical change of direction, accompanied by big acquisitions, could put payouts at risk.

But Witty's high-volume, lower-price approach is at odds with the thinking of many other drugmakers that have targeted expensive new treatments for serious diseases like cancer.

The market, so far, has rewarded greater focus over GSK-style diversification, although the pendulum may yet swing back, especially with sky-high prescription drug prices now under intense scrutiny in the key US market.

Walmsley, who was born in Barrow-in-Furness in northern England and grew up in Kent, is a confident, smooth communicator who describes herself as extremely competitive -- a streak that has served her well in both the beauty industry and at GSK.

For investors, a key question now is how she will approach the big decisions facing GSK's pharmaceuticals business, which remains the core driver of operations.

At first glance, her lack of experience may be worrying. However, being effectively an "inside-outsider", she could bring a fresh and more commercially astute perspective to investment decisions, according to Brian McGee, a pharma sector strategy specialist at consultancy Novasecta.

"Obviously, R&D is the beating heart of our company and our success is and will continue to be defined most fundamentally by the strength of our pipeline," she said in an in-house video recorded to mark her appointment.

"The number one priority focus for me over coming months and years is going to be really making sure we are investing appropriately and strongly in our research and development (R&D) organisation."

Being a scientist is certainly not a prerequisite for running a drug company. Plenty are run by lawyers and accountants. Indeed, some investors are wary of science-obsessed pharma bosses who can lose sight of the bottom line.

Walmsley may take comfort from the example of her Swiss rivals.

Roche boss Severin Schwan also stood out when he became CEO of the world's biggest cancer drug company in 2008 for having previously only worked in finance and diagnostics.

Novartis CEO Joe Jimenez, meanwhile, was a former consumer goods executive at Heinz, although he did run Novartis' pharma division before taking on the top job in Basel.

Jimenez, is infact, likely to be one of the people outside GSK that Walmsley works with most closely after she takes up her post at the end of March next year.

GSK and Novartis currently have a joint venture for consumer health and many analysts expect the British firm to acquire the Swiss group's 36.5% stake, perhaps for around $9 billion. Novartis has an option to sell its holding to GSK in 2018 but some think Walmsley and Jimenez could agree a deal before then.

The Boost, Horlicks maker's share price set to rise by Rs 1,000 in future; know why you should buy GSK