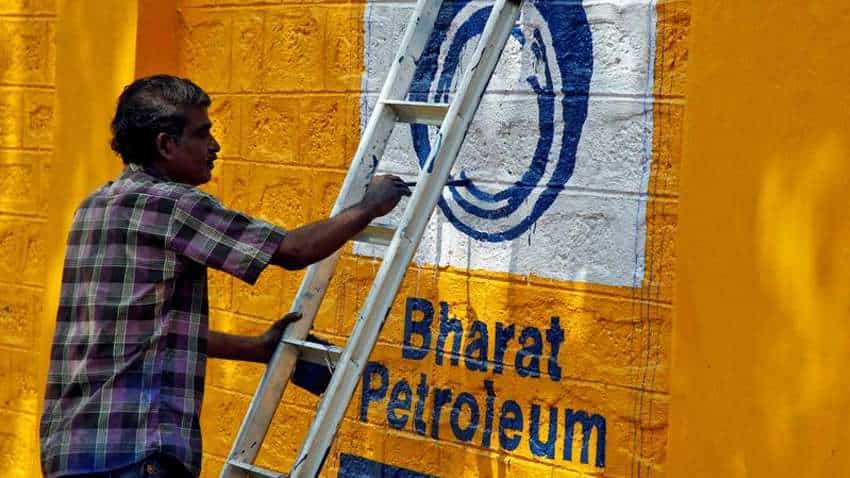 The government's 52.98 per cent stake in BPCL is valued at about Rs 53,000 crore based on Friday's closing price of company shares on BPCL. Reuters photo.
Written By: Prashant Singh
RELATED NEWS

In a major development in Bharat Petroleum Corporation Ltd (BPCL) Stake Sale, it has been reported that bidders vying to buy government stake in will be given access to a 'Clean Data Room' containing commercially sensitive information on the firm subject to their signing an additional confidentiality agreement.

A virtual data room, mostly containing financial information on BPCL, was opened in the second week of April and qualified bidders signing Confidentiality Undertaking (CU) have been given access, three sources with direct knowledge of the matter said, as per a report by news agency PTI.

Bidders which include mining-to-oil conglomerate Vedanta and private equity firms Apollo Global and I Squared Capital's arm Think Gas will also be allowed physical inspection of assets such as refineries and depots in the coming weeks as part of the due diligence process.

The government will seek financial bids once bidders complete due diligence and terms and conditions of the share purchase agreement (SPA) are negotiated.

The PTI report further says that sources said certain data which is commercially sensitive will be uploaded in a separate section of the data room referred to as 'Clean Data Room' and access shall be extended only to the designated team of lawyers of the qualified bidders in the interest of confidentiality and prevention of misuse of data. A separate agreement restricting use of the data and maintaining confidentiality will have to be signed by the bidders for accessing the 'Clean Data Room', they said.

DUE DILIGENCE and PHYSICAL VISIT

The data room access for due diligence is likely to be available for a period of around 8 weeks.

As part of the due diligence process, the bidders want to undertake a physical visit to some of the major sites like refineries and depots/plants.

While BPCL will facilitate such visits, an approval from the Ministry of External Affairs (MEA) is required in case any foreign passport holder wants to visit sensitive locations like refineries, PTI sources said.

Also, representatives of bidders would be allowed to hold virtual meetings with management of BPCL once the silence period till the announcement of annual financial results of the company for 2020-21 are announced.

All queries raised by the bidders during the due diligence are being collated by the transaction advisor, Deloitte and they will be answered by the company management or the concerned government department depending on the nature of the issue, sources said.

The government's 52.98 per cent stake in BPCL is valued at about Rs 53,000 crore based on Friday's closing price of company shares on BPCL. The stake sale in India's second-largest fuel retailer is crucial to plans to raise a record Rs 1.75 lakh crore from disinvestment proceeds in fiscal 2021-22 (April 2021 to March 2022).