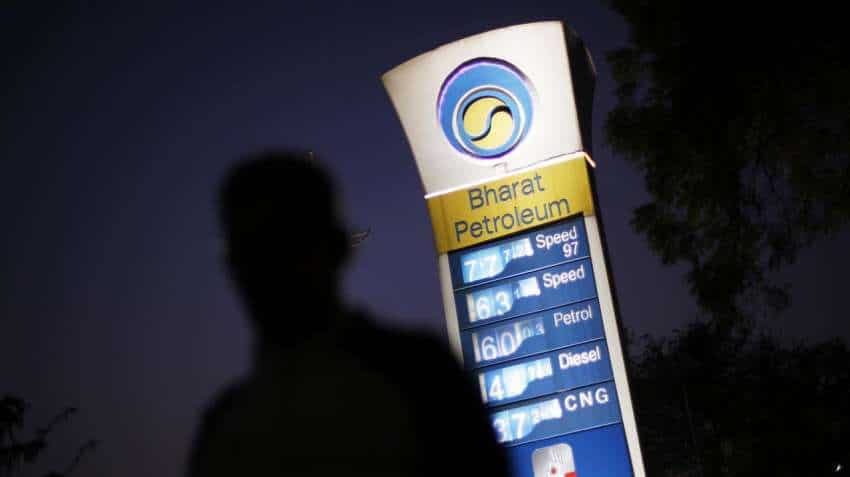 BPCL share price news: Not much impact of the news around its disinvestment says Nilesh Jain as it has already been factored in. Source: Reuters
Written By: ZeeBiz WebTeam
Edited By: Manas Tiwari
RELATED NEWS

BPCL share price news: Investors willing to invest in oil sector companies could buy Bharat Petroleum Corp Ltd (BPCL) shares, technical analyst Nilesh Jain said. The company is benefiting from a sharp correction in crude oil prices which were almost down by over 30 pct on Monday. The Brent Crude is currently trading around $31 per barrel.

Nilesh Jain said that the gains have come on the back of significant cuts in the crude oil prices benefiting the oil marketing companies.

On the other hand, oil explorers like ONGC and Reliance Industries have suffered because of the development as they are the oil producers.

Nilesh Jain did not see much impact on the shares of BPCL owing to the news around its disinvestment.

The government on Saturday invited bids for a majority stake in BPCL, after more than three months of the Union Cabinet approving the strategic divestment.

Only those private companies with a net worth of over $10 billion will be eligible to bid by May 2.