BPCL privatisation to take place this month only? What we know so far and what Cabinet may do

Stake sale in BPCL is crucial for the government to meet its disinvestment target of Rs 1.05 lakh crore set for the current fiscal year. 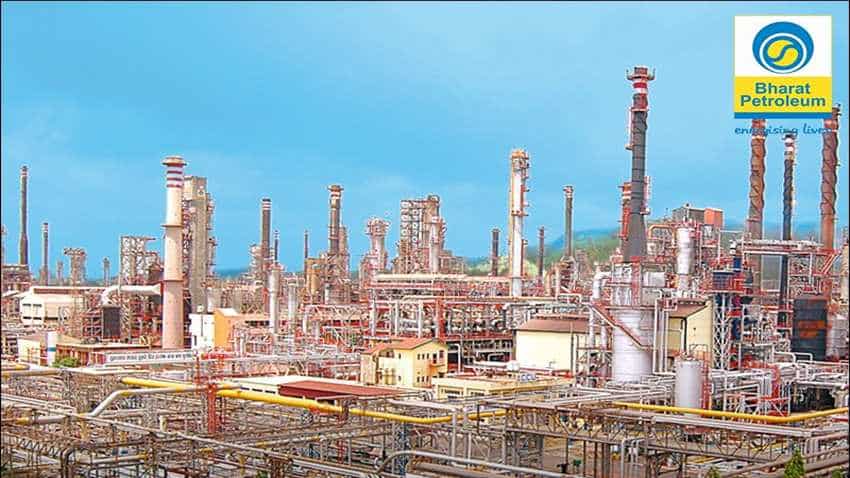 Cabinet Committee on Economic Affairs could take up the BPCL privatisation issue this month.
RELATED NEWS

Cabinet Committee on Economic Affairs could take up the BPCL privatisation issue this month, said sources, as per a report in IANS. According to the report, Union Cabinet is likely to take up the strategic disinvestment of the entire stake of the government of India along with transfer of management control in oil marketing PSU - BPCL this month to push ahead the exercise, as per sources.

Meanwhile, Department of disinvestment or DIPAM has extended the date of appointment of legal advisor, asset valuer and transaction advisor for the oil marketing PSU to November 25, as per an official notice.

Bharat Petroleum (BPCL) is a CPSE under administrative control of the Ministry of Petroleum and Natural Gas. DIPAM had floated RFP or request for proposal on October 11.

So far there has been no official statement from the government on stake sale in BPCL on the decision, quantum or date. DIPAM in its RFPs and other communications maintains it as a "CPSE under the administrative control of MoP & NG (Ministry of Petroleum and Natural Gas) with transfer of management control" while groundwork preparation for the proposed stake sale goes on. The shares of BPCL was at Rs 501.15 on Friday down 2.35 per cent.

According to industry sources, a number of global oil majors like Saudi Aramco, Rosneft, Kuwait Petroleum, ExxonMobil, Shell, Total SA and Abu Dhabi National Oil Company have shown interests in BPCL and have had initial talks with the government on bidding for the latter's stake in BPCL.

But none of them have so far publicly commented on their BPCL interests.

DIPAM officials said that the stake sales plans of listed entities are not disclosed publicly for impact on their share prices and valuations.

A core group of secretaries on divestment (CGD) approved the privatization of BPCL on September 30, and the Department of Investment and Public Asset Management is in the process of appointing a transaction advisor, legal advisor and an asset valuer.

At an event in Mumbai, BPCL director (finance) N Vijayagopal said BPCL has not been told anything officially so far on privatisation. The Cabinet is yet to take a decision for disinvestment of BPCL and the decision can be taken at the level of the Cabinet committee and that has not happened so far.

So far on BPCL, an oil marketing and refining firm, government is likely to sell its entire 53.29 per cent stake along with management control for about $8-$9 billion (upto Rs 63000 crore)

Stake sale in BPCL is crucial for the government to meet its disinvestment target of Rs 1.05 lakh crore set for the current fiscal year.