Initial bids for privatisation of Bharat Petroleum Corp Ltd (BPCL) will close on Monday amid indications of supermajors UK's BP Plc, Total of France and Saudi Aramco unlikely to bid. 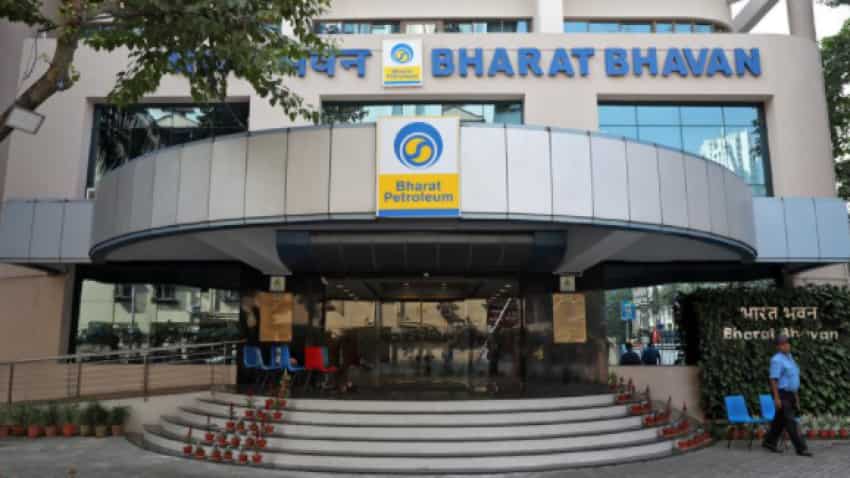 The government, which is selling its entire 52.98 per cent stake in India's second largest oil refining and marketing company,had on four occasions extended the date of putting in the preliminary expression of interest (EoI). Source: Reuters
Reported By: PTI
Written By: PTI
RELATED NEWS

Initial bids for privatisation of Bharat Petroleum Corp Ltd (BPCL) will close on Monday amid indications of supermajors UK's BP Plc, Total of France and Saudi Aramco unlikely to bid.

The government, which is selling its entire 52.98 per cent stake in India's second largest oil refining and marketing company,?had on four occasions extended the date of putting in the preliminary expression of interest (EoI). The current deadline is November 16.

Department of Investment and Public Asset Management (DIPAM) Secretary Tuhin Kanta Pandey had last month told PTI that there would be no further extension.

Industry sources said BP as well as Total are unlikely to bid for the stake and there are reports of even Russian energy giant Rosneft or its affiliates and Saudi Arabian Oil Company (Saudi Aramco) not very keen on bidding given the asking price of close to USD 10 billion required to buy the firm at a time when the world is moving away from conventional fuel.

Also, the pandemic has led to demand destruction of conventional fuels and may hasten transition towards cleaner fuels such as hydrogen and battery-operated EVs.

Given the uncertain demand scenario, the investors are weighing if BPCL acquisition makes sense, they said.

Sources said BPCL annually makes a profit of about Rs 8,000 crore and at this pace it would take 8-9 years for the investor to recover the bid amount of over Rs 70,000 crore.

The acquisition makes sense for companies which can double the profit by growing the business as well as through operational efficiencies and synergies with existing business in half that timeframe.

Billionaire Mukesh Ambani-led Reliance Industries Ltd, which operates the world's largest single location oil refining complex at Jamnagar in Gujarat and has fledgling ambitions to retail fuel, can be one such company.

Reliance has so far remained tight-lipped about its intentions for BPCL.

Reliance, which had recently hired former BPCL chairman Sarthak Behuria, a few weeks back got former Indian Oil Corp (IOC) chairman Sanjiv Singh. The two hires could be linked to its desire to bid for BPCL, sources said.

Sources said it makes business sense for Reliance to combine its Jamnagar refineries with BPCL's Mumbai, Kochi and Bina units as well as merge its 1,406-plus fuel stations with 17,138 petrol pumps of BPCL.

The same logic also applies for Rosneft-led Nayara Energy, which operates a 20 million tonnes oil refinery at Vadinar in Gujarat and also has 5,822 petrol pumps. But reports indicated Rosneft no longer keen on bidding for BPCL.

Rosneft CEO Igor Sechin had in February this year had indicated the Russian giant's interest in BPCL but it is now keen only on the marketing infrastructure of the company and not its refineries.

Abu Dhabi National Oil Co (ADNOC) could be another potential bidder given its keenness to expand into the world's fastest growing fuel market.

Mining billionaire Anil Agarwal is considered another potential bidder given his interest in the oil and gas business with the USD 8.67 billion acquisition of Cairn India.

But investors while deciding on bidding have to weigh inflexible locations of BPCL's oil refineries as well as tough labour laws against access to the world's fastest-growing fuel market.

The USD 10 billion price would give buyer ownership of BPCL's three refineries ? Mumbai, Kochi in Kerala and Bina in Madhya Pradesh ? 17,138 petrol pumps, 6,151 LPG distributor agencies and 61 out of 256 aviation fuel stations in the country.

The nationwide readymade fuel retailing network that controls 22 per cent market share is the most lucrative part of the deal, a source aware of the bidding process said.

But the company's refineries are at inflexible locations particularly the ones at Mumbai and Kochi where getting additional land for expansion or petrochemical unit additions would be near to impossible, source said.

Also, India's tough labour laws pose another challenge as any foreign or private operator would be interested in operating the company on a leaner workforce and not with nearly 12,000 strong employee base.

Another source said BPCL's network of petrol pumps is being seen as a lucrative bait for investors but once existing lease for outlets expires or a change of land use is allowed, operators of petrol pumps would in big cities use the sites for other businesses that give a better return.

BPCL does not make much sense to BP and Total who have made a conscious shift towards cleaner energy sources such as gas and renewables and haven't been adding refineries, a source said.

ExxonMobil is also being talked about as a potential bidder but the company is said to face its own financial problems.

BPCL will give buyers ready access to 15.3 per cent of India's oil refining capacity and 22 per cent of the fuel market share in the world's fastest-growing energy market.

Privatisation of BPCL is essential for meeting the record Rs 2.1 lakh crore target the finance minister has set from disinvestment proceeds in the budget for 2020-21.

BPCL operates four refineries in Mumbai (Maharashtra), Kochi (Kerala), Bina (Madhya Pradesh), and Numaligarh (Assam) with a combined capacity of 38.3 million tonnes per annum, which is 15.3 per cent of India's total refining capacity of 249.8 million tonnes.

While the Numaligarh refinery will be carved out of BPCL and sold to a PSU, the new buyer of the company will get 35.3 million tonnes of refining capacity.

The bidding will be a two-stage affair, with qualified bidders in the first EoI phase being asked to make a financial bid in the second round. Public sector undertakings (PSUs) are not eligible to participate in the privatisation.