Adani Solar announced the launch of their retail distribution business to Delhi and Uttar Pradesh with Chemitech Solar as exclusive Channel Partners for the region. 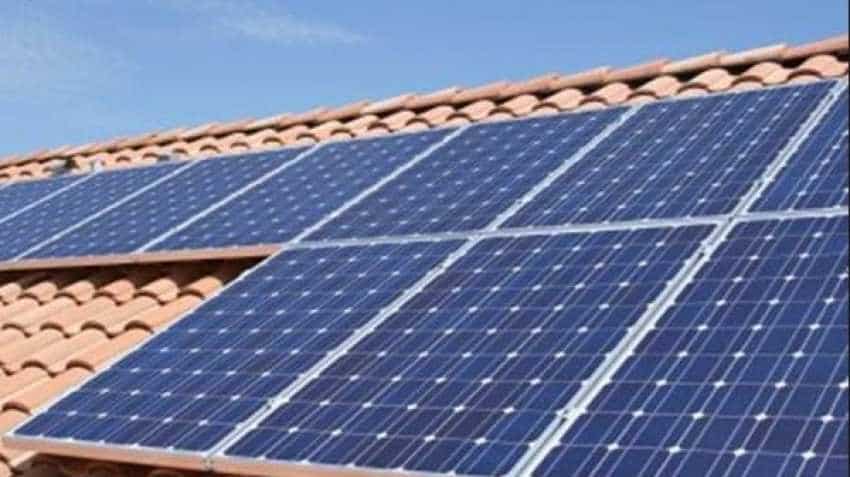 This development opens up plethora of options for end consumers and SME, MSME or institutions who wish to switch to off-grid solar power at the lowest CapEx costs. Photo: PTI
Written By: ZeeBiz WebTeam
RELATED NEWS

In a bid to continue its contribution to the Indian renewable energy sector, the Adani Group’s solar manufacturing arm, Adani Solar announced the launch of their retail distribution business to Delhi and Uttar Pradesh with Chemitech Solar as exclusive Channel Partners for the region. This development opens up the region for a plethora of options for end consumers and SME, MSME or institutions who wish to switch to off-grid solar power at among the lowest CapEx costs.

Commenting on the development Ramesh Nair, Chief Executive Officer at Adani Solar told Zee Business online in a written statement, “Adani Solar is making a strategic move by entering the retail distribution space. The Indian renewable energy sector has witnessed tremendous success in installed renewable power generation capacity in last few years. With this development, we will be able to offer our customers genuine solar panels at competitive rates in their respective markets for off-grid applications. Chemitech Solar will be our exclusive authorized channel partner and first touch point, offering complete services in Delhi and Uttar Pradesh." Nair said that the programme will also enable greater reach and visibility of our product in the country bringing down power consumption costs for consumers across the country and reducing load on the grids.

Chemitech Solar as the authorized channel partner of Adani Solar will be responsible for all the retail requirements across the state. They will be assigned an exclusive territory to manage orders of solar panels up to 150KW and be responsible for overall lead generation, conversion and service. The Delhi region and Uttar Pradesh have great potential due to availability of ample sunlight and customer-friendly state policy that supports abundant solar power generation.

Among the Indian Solar panel manufacturers, Adani maintains the market leadership. Adani is the only manufacturer with IEC 2016 certification in all SKUs. For consumers, installing off-grid Adani solar panels will help them mitigate power-cut challenges and assist in reducing overall electricity costs and usage in the Delhi region and Uttar Pradesh. Delhi consumers specifically will also benefit from the ‘Mukhyamantri Solar Power Scheme’, which offers residents with rooftop solar panels a subsidy on their electricity bill for a period of five years from the existing three. The state governments have been encouraging the conservation of renewable resources in all sectors to increase renewable energy supply and energy efficiency measures in their regions.