Mahindra Group Chairman Anand Mahindra has once again charmed all concerned on Twitter and also ensured the spotlight is turned on a Mahindra car performing outstandingly well in adverse conditions. 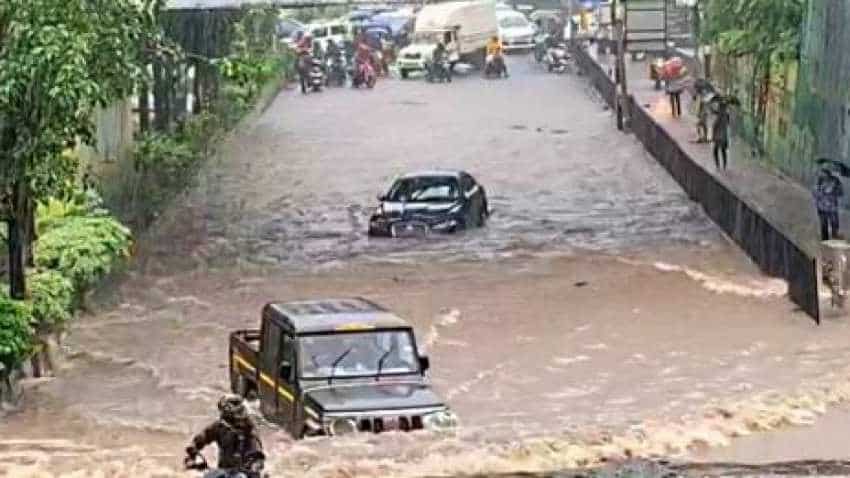 The post has already gained 4,000 plus re-tweets and around 34,000 likes on Twitter. Image source: Twitter/Anand Mahindra
Written By: ZeeBiz WebTeam
Edited By: Harish Dugh
RELATED NEWS

Mahindra Group Chairman Anand Mahindra has once again charmed all concerned on Twitter and also ensured the spotlight is turned on a Mahindra car performing outstandingly well in adverse conditions. That it was a Mahindra vs Tata moment is also clear as the other car involved was a luxury car from Tata owned UK company Jaguar. Mahindra got thousands of responses after retweeting a video showing a stranded Jaguar in a flooded underpass at Airoli in Navi Mumbai, but the Indian-made Mahindra Bolero zips past ''Like BOSS'' despite the flooding and gets to the other side of the road without any incident.

Netizens started comparing the two vehicles, and it also caught Anand Mahindra's interest. Mahindra Group Chairman tweeted: "We won`t brag over this. It`s an unfair contest. The Bolero is meant to negotiate such landscapes (seascapes?)...But now you know why the Bolero`s my favourite vehicle to drive."

We won’t brag over this. It’s an unfair contest.The Bolero’s meant to negotiate such landscapes (seascapes?)But now you know why the Bolero’s my favourite vehicle to drive. “Jaguar gets stuck in Mumbai floods: Mahindra Bolero drives through like a BOSS “ https://t.co/c2jXg92uWY

After that, Twitterati left thousands of responses. One user said, "That`s great to hear that all our vehicles can drive past such rough conditions." Another user wrote, "Jaguar is sedan and Bolero is like SUV... so difference is due to height , ground clearance."

The post has already gained 4,000 plus re-tweets and around 34,000 likes on Twitter. "Free marketing and like the BOSS that he is, Mr Mahindra did not miss the opportunity," tweeted one user.

In another tweet, Anand Mahindra shared a video of the Pope travelling in a Mahindra KUV100 in Mozambique.

"His Holiness, the Pope travelling in a Mahindra KUV100 in Mozambique. A moment of pride & immense honour for all of us. Our distributor in Maputo supported the Pope`s Feed the Project & earned this honour. You always Rise when you do good," he wrote.

The video started trending after Nagaland MLA Mmhonlumo Kikon shared it on his official Twitter handle, tagging Mahindra along with others. The video was uploaded with the caption: "Naga women Battalion lifting a Mahindra Bolero from the side drain! An old video which needs to be seen by more people. @anandmahindra @manoj_naandi @KirenRijiju @AmitShah @smritiirani."

The Mahindra Group Chairman had retweeted the video with the caption: "Now I do not know why the Bolero was in the ditch ?? but I certainly am glad a few able-bodied women were around to rescue it! And yes, I`m never going to be foolish enough to take on a Naga Women Battalion!"