Boeing Co has reassigned the head of its next airplane project to run the troubled 737 programme, according to a memo seen by Reuters on Thursday. 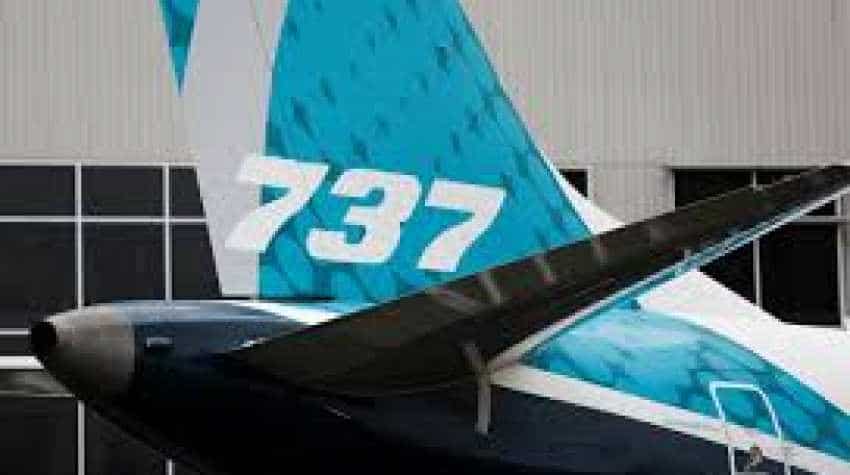 Kevin McAllister, chief executive of Boeing`s commercial airplanes division, stressed in the memo that the so-called NMA project would remain as a programme. Photo: Reuters
Written By: Reuters
RELATED NEWS

Boeing Co has reassigned the head of its next airplane project to run the troubled 737 programme, according to a memo seen by Reuters on Thursday, as the grounding of its 737 MAX in the wake of two accidents commands the U.S. planemaker`s full attention. Kevin McAllister, chief executive of Boeing`s commercial airplanes division, stressed in the memo that the so-called new mid-market airplane (NMA) project would remain as a programme.

But the management shakeup marks a shift in the U.S. planemaker`s immediate focus toward getting its best-selling 737 MAX, the jet that was grounded after two crashes killed nearly 350 people in the span of five months, back in the air and generating cash.

Boeing`s 737 programme manager, Eric Lindblad, will retire in a matter of weeks after roughly 12 months on the job, McAllister told employees in the memo.

Lindblad, a respected engineer who had also run the 777X wide-body programme, has been with Boeing for about 34 years and had mentioned retiring last year, McAllister said.

Taking Lindblad`s place as the lead of the 737 programme and the Renton, Washington, factory will be Mark Jenks, who has been leading Boeing`s potential new mid-market airplane project, McAllister said.

Jenks faces daunting challenges, including untangling a backlog of undelivered planes, getting production back on course for planned output increases, and finishing development of the 737 MAX 10, the largest Boeing single-aisle jet, sources said.

The stakes are high as the 737 is the backbone of Boeing`s profits and must generate cash for new projects like the NMA.

Described as a "quiet, get-on-and-do-it" engineer, Jenks spent half of his 36-year Boeing career on the 787 and an earlier alternative that was never launched, the Sonic Cruiser.

Boeing has been running its 737 supply chain at different speeds to keep it "hot" or ready to resume full-rate production as soon as possible after the crisis ends, posing logistical problems last seen on such a scale when the 787 Dreamliner was ramping up.

Mike Sinnett, Boeing Commercial Airplanes vice president of product development and future airplane development, will assume the role of vice president for NMA in addition to his current role, the memo said. Sinnett, who originally led preliminary work on the NMA, has been seen a figurehead of the programme.

"Let me be clear - the NMA team will continue to operate as a programme, and I am looking forward to Mike`s leadership in this important effort," McAllister said in the memo.

In naming Jenks and Sinnett to run marquee projects at such a crucial time, McAllister is choosing two of Boeing`s most high-profile engineers.

Jenks is among those credited with turning around the 787 Dreamliner programme, and his appointment on the NMA was seen as key to putting the potential twin-aisle aircraft on a path to a rapid launch.

But industry sources say the launch of the NMA has been delayed by the 737 MAX crisis. The NMA programme, if it goes ahead, will most likely not be launched before spring or summer of next year, the sources said.

It was the second management reshuffle in four months. In March, Boeing said John Hamilton, formerly both vice president and chief engineer in Boeing`s Commercial Airplanes division, will focus solely on the role of chief engineer.