Boeing Co will provide airlines that have bought the 737 MAX with free software upgrades, the U.S. manufacturer said on Monday, as Ethiopian Airlines told Reuters it expected a preliminary crash report this week or next. 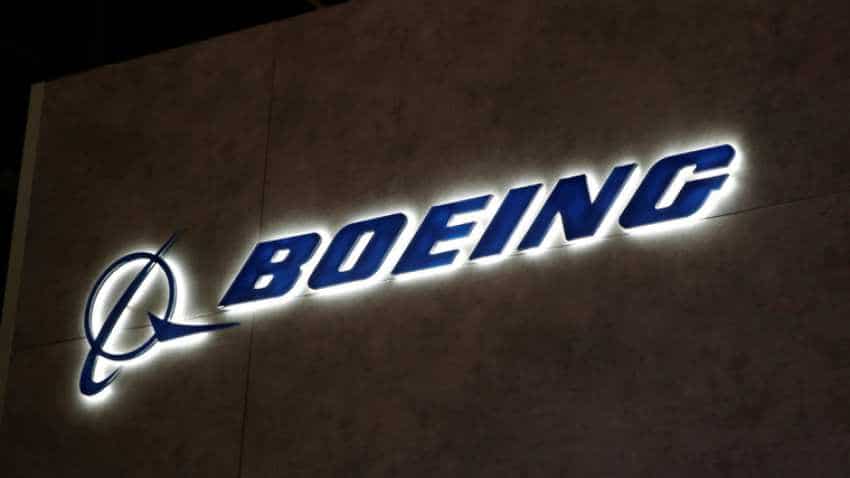 Boeing Co will provide airlines that have bought the 737 MAX with free software upgrades, the U.S. manufacturer said on Monday, as Ethiopian Airlines told Reuters it expected a preliminary crash report this week or next.  Any fixes to the MAX software, the focus of investigations in two deadly crashes that have prompted worldwide groundings of the aircraft, must still get approval from governments around the world.

"Despite the tragedy, Boeing and Ethiopian Airlines will continue to be linked well into the future," Tewolde said on Monday. "Ethiopian Airlines believes in Boeing. They have been a partner of ours for many years." Meanwhile, Boeing has begun briefing airlines on software and training updates for the MAX, with more than 200 global airline pilots, technical experts and regulators due in Renton, Washington where the plane is built this week.

The sessions follow a briefing with carriers including three U.S. airlines on Saturday, part of Boeing`s effort "to communicate with all current, and many future, MAX customers and operators," a Boeing spokeswoman said. Tewolde told Reuters the leading African airline may or may not attend the briefing.
Lion Air Managing Director Daniel Putut said his airline would send two people on Wednesday, a pilot and an engineer.

The crash of an Indonesian Lion Air flight last October killed 189 people and first brought the safety of the 737 MAX into focus. The 737 MAX is Boeing`s best-selling plane, with orders worth more than $500 billion at list prices. Boeing`s shares closed 2.3 percent higher at $370.46 on hopes that a fix is nearing completion, but have lost about 12 percent and $29 billion in market value since the March 10 crash.

In another blow to Boeing, France announced on Monday that Airbus had agreed to sell 300 aircraft to China Aviation Supplies Holding Company, including 290 A320 planes and 10 A350, in a deal worth about is 30 billion euros ($34 billion).

SOFTWARE FIX
Boeing`s software fix for the grounded 737 MAX will prevent repeated operation of an anti-stall system at the centre of safety concerns, and deactivate it altogether if two sensors disagree widely, two people familiar with pilot briefings said.  The system ignited a debate over the proper balance between man and machine in piloting the latest version of the 50-year-old 737.

Upgrading an individual 737 MAX with Boeing`s new software only takes about an hour per plane, though the overall process could stretch on far longer as it is rolled out across the global fleet due to stringent testing and documentation requirements by engineers and regulators, according to a senior FAA official with knowledge of the process.

"Clearly there is pressure to get the airplanes ungrounded but there is tremendous pressure to make sure it was done right," the FAA official said. "The last thing in the world you want is to have the thing hurried and then find problems with it." Ethiopian and French investigators have pointed to "clear similarities" between the two crashes, putting pressure on Boeing and U.S. regulators to come up with an adequate fix.

No direct link has been proven between the crashes but attention has focused on whether pilots had the correct information about the "angle of attack" at which the wing slices through the air. Qatar Airways, one of the largest Middle East carriers, threw its support behind Boeing on Monday.
The airline will however delay the April delivery of another MAX jet until the cause of the crash is known, said Qatar Chief Executive Akbar al-Baker.

"I am sure that the aircraft will get back into the skies soon and that Boeing will get to the bottom of what happened and if there is something technical wrong that they will find a fix for it," he said. Garuda Indonesia was invited to the briefing but requested a webinar instead, only to be rebuffed, Chief Executive Ari Askhara told Reuters on Monday. Last week, Indonesia`s national carrier said it planned to cancel its order for 49 737 MAX jets, citing a loss of passenger trust.

Garuda, which has only one 737 MAX, had been reconsidering its order before the Ethiopian crash. Gol Linhas Aereas Inteligentes SA, another MAX operator, suspended on Monday two routes between the United States and Brazil that it said it can only service with the longer-range MAX 8, but is not currently revising its MAX orders.
($1 = 0.8841 euros)