Mercedes-Benz, flagship of Stuttgart's Daimler group, beat BMW to the top spot in the luxury car segment last year for the first time in more than a decade. 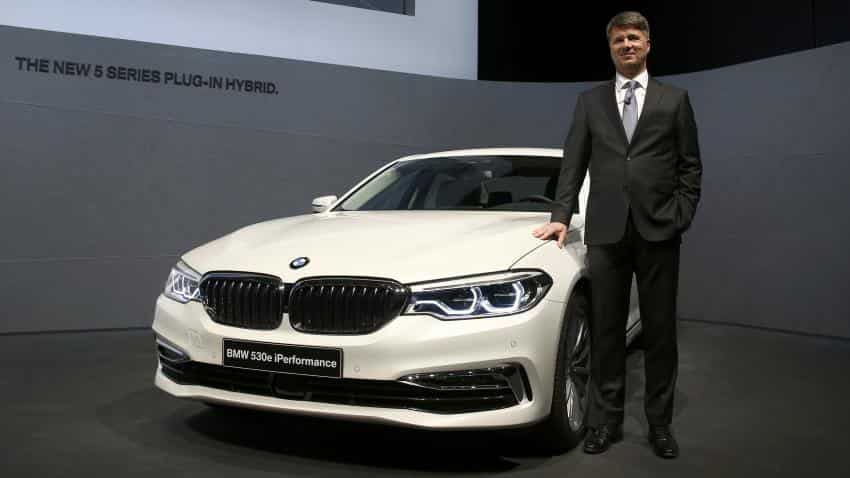 German luxury carmaker BMW said on Tuesday it was planning as many as 40 new top-of-the-range models in the coming years in an effort to catch up after historic rival Mercedes outsold it in 2016.

The Munich-based group plans some 40 new or updated models in 2017 and 2018, arming it for "the biggest product offensive in its history," chief executive Harald Krueger said at an annual press conference.

"We've always been an ambitious company. I promise that we will remain one," Krueger went on.

Mercedes-Benz, flagship of Stuttgart's Daimler group, beat BMW to the top spot in the luxury car segment last year for the first time in more than a decade.

Whether counting by unit sales or profit margin, the three-pointed Mercedes star has pulled ahead of BMW's blue-and-white propeller logo.

CEO Krueger promised in future to "put a clear accent on the luxury segment, a guarantee of proftability," including a new luxury urban SUV.

BMW, which also owns Mini and Rolls-Royce, has sunk big investments into electric-drive cars and into connectivity as it looks to the future.

But it still managed to book net profit growth of 8% to 6.9 billion euros ($7.5 billion) in 2016, financial results released in early March showed, on the back of record units sales and revenues for the seventh year in a row.

The Bavarian firm aims for a "slight increase in pre-tax profit" as well as new records in sales and revenues this year, despite a "volatile environment," finance chief Nicolas Peter said.

Asked about the impact of Britain's departure from the EU on BMW -- which operates four factories in the island nation -- sales director Ian Robertson said it was still "far too soon to say what will happen" in negotiations between London and Brussels.