BlackRock, others' risks should be studied, ''systemic'' tag may not be best - Janet Yellen

(Reuters) - Treasury Secretary Janet Yellen said on Wednesday it is important to "look carefully" at systemic risks posed by asset managers, including BlackRock Inc, but said designating them as systematically important financial institutions may not be the right approach. 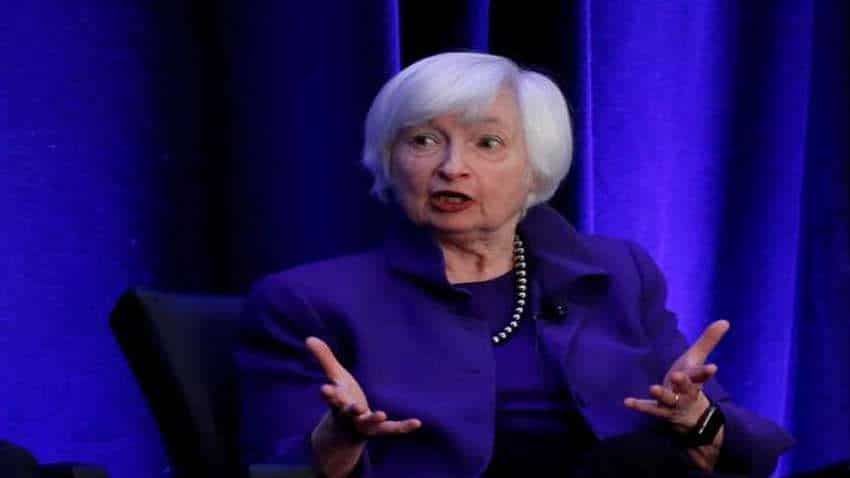 BlackRock, others'' risks should be studied, ''systemic'' tag may not be best - Janet Yellen. Source: Reuters

(Reuters) - Treasury Secretary Janet Yellen said on Wednesday it is important to "look carefully" at systemic risks posed by asset managers, including BlackRock Inc, but said designating them as systematically important financial institutions may not be the right approach.
Yellen`s remarks came in response to questions from Senator Elizabeth Warren, a longtime Wall Street critic, who demanded to know why BlackRock and other large asset managers had not been added to the list of designated institutions.

"I believe it is important to look very carefully at the risks posed by the asset management industry, including BlackRock and other firms," Yellen, who as Treasury secretary, chairs the Financial Stability Oversight Council (FSOC), which is charged with making such designations.
"FSOC began to do that, I believe, in 2016 and 2017, but the risks it focused on were ones having to do with open-end mutual funds that can experience massive withdrawals and be forced to sell off assets that could create fire sales. That is actually a risk we saw materialize last spring in March," she said.
In 2014, BlackRock and other asset managers won a battle in their fight against tighter regulation when a panel of top financial regulators agreed to revamp their review of asset-management firms to focus on potentially risky products and activities rather than individual firms.
"I think that with respect to asset management, rather than focus on designation of companies, I think it is important to focus on an activity like that and consider what the appropriate restrictions are," Yellen said.
"The past two administrations in the US, and numerous global regulators, have studied our industry for a decade and concluded that asset managers should be regulated differently from banks, with the primary focus being on the industry’s products and services," BlackRock said in a statement.
"BlackRock is not a bank, and as an asset manager, we are a heavily regulated company," the firm said.
A SIFI designation for BlackRock would bring up more regulation and compliance costs and result in potential restrictions on share buybacks, said Kyle Sanders, an analyst with St. Louis-based financial services firm Edward Jones.
"On the margin, it could incrementally dampen profitability ... overall, I don`t think it impacts their strategy," Sanders said.
BlackRock`s shares were up 1% in mid-afternoon trading.
Yellen, however, said it is appropriate to apply the SIFI designation to institutions whose failure would pose a systemic risk to the economy. She said the FSOC has begun working on a program, and the risk from asset managers is on the list of issues to be looked into.
BlackRock manages about $8.7 trillion in assets on behalf of institutional and individual clients worldwide, across equity, fixed income, liquidity, real estate, alternatives, and multi-asset strategies. It has deep reach into markets and its clients include pension plans, endowments, foundations, charities, official institutions, insurers and other financial institutions around the world.
Its market expertise made it the go-to place for the Fed to get urgent help with parts of its multitrillion-dollar coronavirus rescue package last year.