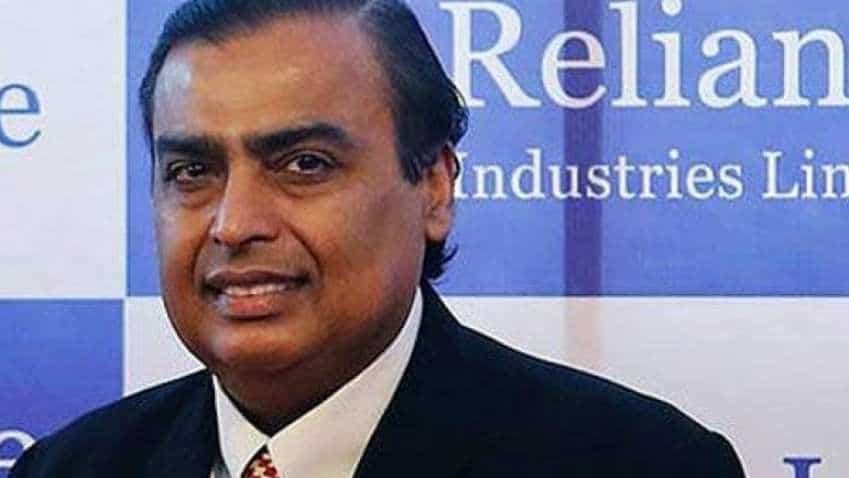 Reliance is building an international convention centre at 66, C-Block, BKC, which will also become the group's future headquarters, and is known as Jio World Centre. PTI
Written By: PTI
RELATED NEWS

Mukesh Ambani-led Reliance Industries has paid Rs 643 crore it owed to the Mumbai Metropolitan Region Development Authority (MMRDA) towards additional premium and interest for delay in constructing an international convention centre at the tony BKC area. In March 2018, the Comptroller & Auditor General (CAG) had rapped the authority for allegedly giving "undue favour" to RIL and not recovering Rs 770 crore dues from it for the inordinate delays in executing the project, which according to the authority was to be completed by August 2010, as per the lease agreement signed in December 2006.

Reliance is building an international convention centre at 66, C-Block, BKC, which will also become the group's future headquarters, and is known as Jio World Centre. The MMRDA had in December 2006 allotted the plot, measuring 10,183.18 sqm on a 80-year lease to RIL at lease premium of Rs 918.03 crore and was supposed to complete the complex in four years--in July 14, 2012, according to the CAG report in July 2017.

"We've received the amount from Reliance," an MMRDA official said without divulging further details. However, it has been learnt that the amount is Rs 643 crore. When contacted, RIL refused to confirm the information saying the person concerned is out of the country.

The CAG report, tabled in the state Assembly in July 2017, had pointed out that MMRDA had to recover Rs 770 crore from RIL as lease premium dues on additional built up area. The report further said MMRDA also gave "undue favour" to RIL by not recovering the additional premium and interest worth Rs 428 crore for delay in construction in contravention to the lease deed agreement.

It said MMRDA has been regularly recovering full additional premium including interest in respect of other allottees who failed to complete the construction on time. Therefore, the undue favour shown by the authority to RIL in this regard is inexplicable, the CAG said.

"The MMRDA commissioner, however, could permit extension of such time on payment of additional premium which is worked out at prescribed rates of lease premium at 10 percent per annum for delay in construction up to three years and 15 percent beyond three years," CAG had said. Failure to pay the additional premium attracted penal interest of 14 percent, the report added.

"Scrutiny of records of MMRDA commissioner revealed in March 2017 that the work was not completed on time as per the terms of the lease deed," it said. The authority has in August 2014 issued a notice to RIL to pay the dues as per lease agreement if they failed to pay the outstanding dues of Rs 312.98 crore by June 2014 towards the additional premium along with interest on account of delay in construction.

"But MMRDA didn't recover the requisite additional premium of Rs 273.56 crore till date (July 2017). Besides interest of 14 percent for non-payment of the above additional premium as of July 2017 which worked out to Rs 154.45 crore was also recoverable. This resulted in undue benefit to the allottee," the CAG report said.

The CAG pointed to various discrepancies in recovery of the amount by the MMRDA in other case. "The MMRDA did not recover lease premium dues as per the prescribed schedule on additional built up area allowed to the lessees resulting in non-recovery of Rs 855.59 crore as of March 2017," the report said.

"The authority had in March 2012 allotted an additional built up area of 67,000 sq meter for Rs 984.90 crore to RIL. The first installment of 20 percent of lease premium was to be paid immediately and balance in four equal annual installments with simple interest of 10 percent of lease premium and penal interest at 14 percent for delayed payments. RIL was required to pay Rs 1,181 crore by March 2016," the CAG said.

"Considering simple interest and delayed interest, the allotee was required to pay Rs 1,339 crore. However, it paid only Rs 696 crore and MMRDA did not demand the remaining Rs 643 crore. After a year, MMRDA issued a notice when the dues had increased to Rs 770 crore," the report concluded.