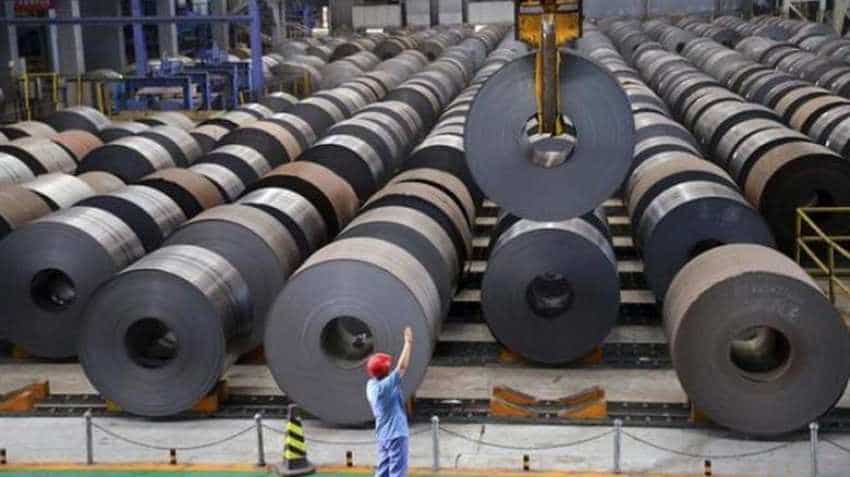 Stressed steel asset acquisitions by large operating companies will lead to an increase in the sector consolidation, particularly flat steel market, a report said. This should improve the bargaining power of the domestic players with reduced chances of undercutting by stressed companies to operate plants, India Ratings said in its report here. Flat products are primarily used in auto and other consumer goods segments.

The National Company Law Tribunal (NCLT) in May this year approved Tata Steel's resolution plan for debt ridden Bhushan Steel under the Insolvency and Bankruptcy Code (IBC). The NCLT also gave its approval to the also consortium of JSW Steel and AION Investments Private II Ltd to acquire cash-strapped Monnet Ispat and Energy last month. Ind-Ra expects further deleveraging of balance sheet of steel companies in FY19 backed by sustained margins coupled with absence of funding of loss by debt.

At the same time, resolution of stressed companies will lead to debt reduction due to haircut by lenders as well as expected improvement in margin on change of management could reduce the sector leverage. However, debt-led capacity expansion over and above the inorganic expansion will result in a steady leverage for a few large players, it said.

The agency expects margins of the domestic players to not be under material threat in the near-term. While potential correction in input prices and China's supply discipline will benefit the margins, an unexpected deceleration in Chinese demand growth and increased intensity of global trade wars could hamper the margins.

Ind-Ra said that the EBITDA margins for majority of the steel companies will remain at similar levels in FY19, while improve for a few others. The improvement will largely be for companies who completed capex over FY17-FY18 and are likely to ramp up utilisation in FY19 on back of strong demand, leading to better operating efficiency and absorption of fixed cost.

Margins of few companies could be impacted by a lag in passing on the severe volatility in coking coal prices in FY18, which may even out in FY19, it added.

The agency pointed out that the coking coal prices may taper down while global iron ore prices may not witness relatively significant correction.

Ind-Ra expects the coking coal shortage premium to recede and prices for Australian hard coking coal to taper down to an average of USD170/tonne in FY19 as against USD189/tonne in Q218 driven by improving infrastructure in Australia and new mine supplies during 2018-2019.