The bank and Kochhar have been maintaining there has been no regulatory violation on their part and that she was not aware of specific business dealings of her husband. 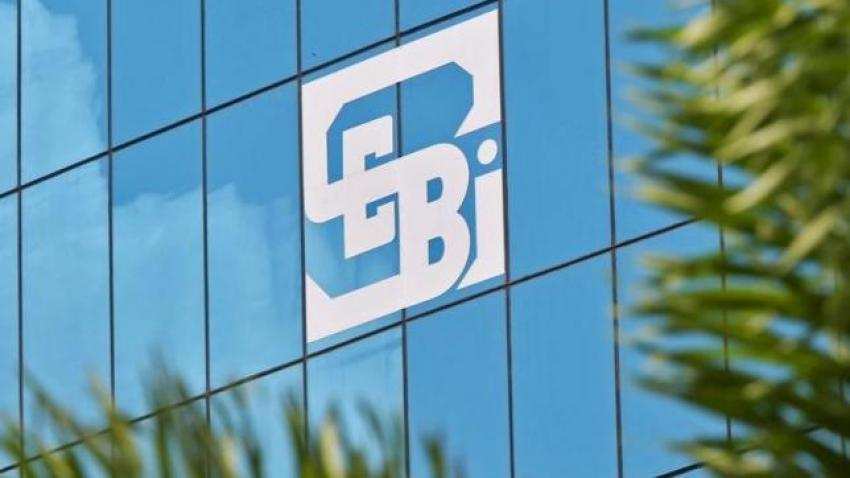 The board of Sebi has got representatives from the finance and corporate affairs ministries as well as the Reserve Bank, besides its own whole time members and independent members, Image source:Reuters
Written By: PTI
RELATED NEWS

Capital markets regulator Sebi may soon summon ICICI Bank's on-leave CEO Chanda Kochhar and her husband with regard to a probe into alleged regulatory lapses with regard to his business dealings, officials said Sunday.

Besides, some other top officials of the bank, as also from Videocon, which allegedly benefitted due to its association with Kochhar's husband, are also likely to be called for their personal hearings regarding charges against them that may lead to the bank and its embattled chief being slapped with several crores of rupees in fines and other penal actions including ban from markets and directorships.

According to top officials, the multi-agency probe into ICICI Bank and business dealings of the Kochhar family will also be discussed by Sebi's board next week as it has been felt that coordinated efforts are required to be taken by Sebi, RBI and the government in this case due to its systemic importance.

The bank and Kochhar have been maintaining there has been no regulatory violation on their part and that she was not aware of specific business dealings of her husband.

The board of Sebi has got representatives from the finance and corporate affairs ministries as well as the Reserve Bank, besides its own whole time members and independent members.

Among others, this case is already being looked into by the RBI and the Corporate Affairs Ministry.

The Securities and Exchange Board of India (Sebi) had earlier issued show cause notices to ICICI Bank, Kochhar and others after its preliminary examination favoured initiating adjudication proceedings against them for alleged violation of listing disclosure norms regarding 'conflict of interest' in business dealings of her husband with Videocon Group.

Kochhar is believed to have maintained that she had no information about her husband's business dealings, while the bank has also given similar replies.

However, the regulator is of the view that Kochhar or the bank cannot feign ignorance in this matter as they have been regularly listing the name of her husband Deepak Kochhar as a 'related party' in the regulatory filings of the company, including in the latest annual filing submitted to the US markets regulator SEC, which is incidentally also probing the case, officials said.

The bank has maintained the same stance in its submissions to the SEC as well, officials added.

While the US regulator may eventually agree to settle the matter on payment of some settlement fees, officials said it is unlikely to be the case here in India even though the bank has indicated such a willingness to both the regulators.

The bank is being probed for a number of serious allegations including about disclosure lapses regarding business dealings of the CEO's husband and brother-in-law that are suspected to be directly or indirectly linked to the bank or its big borrowers, officials said.

The regulator may soon issue summons for personal hearings of Kochhars and others over the next few weeks, they said.

ICICI Bank may face a penalty of up to Rs 25 crore under the relevant Sebi regulations for such lapses, while the fine for Kochhar may go up to Rs 10 crore, besides other penal actions, a senior official said.

On its part, ICICI Bank's board has also constituted an "independent enquiry" and Kochhar has gone on leave till completion of this enquiry.

While Kochhar remains MD and CEO, the group's life insurance business head Sandeep Bakshi has been appointed as a whole time director and COO to handle day-to-day operations of the bank. Bakshi reports to Kochhar officially.

The bank has maintained that its board has full faith in Kochhar.

As per Sebi's preliminary probe, Chanda Kochhar's husband Deepak Kochhar has had many business dealings with Videocon Group over the last several years.

Besides, Deepak Kochhar and Videocon chief Venugopal Dhoot were co-founders and promoters of NuPower, besides other associations.

The cases under scanner include the significant loan exposure of the bank to Videocon way back in 2012 and the alleged involvement of Kochhar's family members in the restructuring of that loan. Kochhar and her family members are facing allegations of quid pro quo and conflict of interest with respect to a loan extended to certain entities.

Among other agencies, the CBI is also probing the case.