The Prime Minister's Office is learnt to have agreed in principle to bail out loss-making public sector telecom firms MTNL and BSNL by addressing their three key pain points. 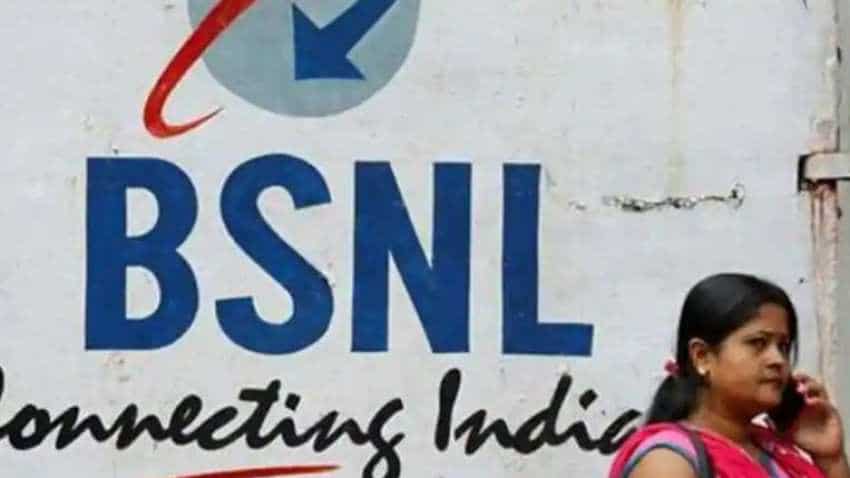 The troubled PSUs have been seeking these three measures to stay afloat amid cut throat competition in the telecom sector. Reuters
Written By: PTI
RELATED NEWS

The Prime Minister's Office is learnt to have agreed in principle to bail out loss-making public sector telecom firms MTNL and BSNL by addressing their three key pain points. In a meeting held a couple of days back with representatives of telecom and finance ministries and Niti Ayog, the PMO asked the Department of Telecom to send expeditiously a roadmap for allocation of 4G spectrum to both the firms, voluntary retirement scheme and grant of immediate financial aid, according to an official source.

The troubled PSUs have been seeking these three measures to stay afloat amid cut throat competition in the telecom sector. "The government has taken a decision that both MTNL and BSNL have to be revived and sustained in a healthy manner. Senior officer from PMO held a meeting with DoT, finance ministry and Niti Aayog in which it has been decided that DoT will submit a detailed roadmap at the earliest to concerned authorities for the revival of MTNL and BSNL," the source told PTI.

The PSUs have been also ailing because of high revenue-to-debt ratio due to a high number of government employees that were transferred by the Department of Telecom to them at the time of their formation. BSNL has 1.76 lakh employees across India and MTNL has 22,000 employees.  MTNL has sought a refund of interest that it paid for broadband wireless access spectrum which it was given by the government and asked to pay the price that was determined in auctions held in 2010.

Both state-run telecom firms have asked for permissions to monetise their land assets as well as the voluntary retirement scheme for employees on the Gujarat model. Under the Gujarat model, an amount equivalent to 35 days of salary for each completed year of service, and 25 days of salary for each year of service left till retirement is offered.  The VRS scheme for BSNL and MTNL will have a revenue impact of Rs 6,365 crore and Rs 2,120 crore respectively.

The revenue-to-wage ratio in case of MTNL has swelled to 90 per cent while in the case of BSNL it is around 60-70 per cent. The DoT has recommended that VRS of both PSUs should be funded through a 10-year bond issue and the bonds should be paid back by lease revenue that they will get from land asset monetisation.

"In the meeting it was decided to help MTNL and BSNL in raising capital and operational expenditure. There is a proposal of asset monetisation and there is also option of loans though sovereign guarantee. DoT has been asked to work on the best suited action that needs to be taken," the source said.