Reliance Jio has catapulted India to become the world's largest mobile broadband data consuming nation in less than two years. So, who was really behind it? Mukesh Ambani's daughter Isha. Ambani revealed that  she was the one who seeded the idea of Reliance Jio in 2011. 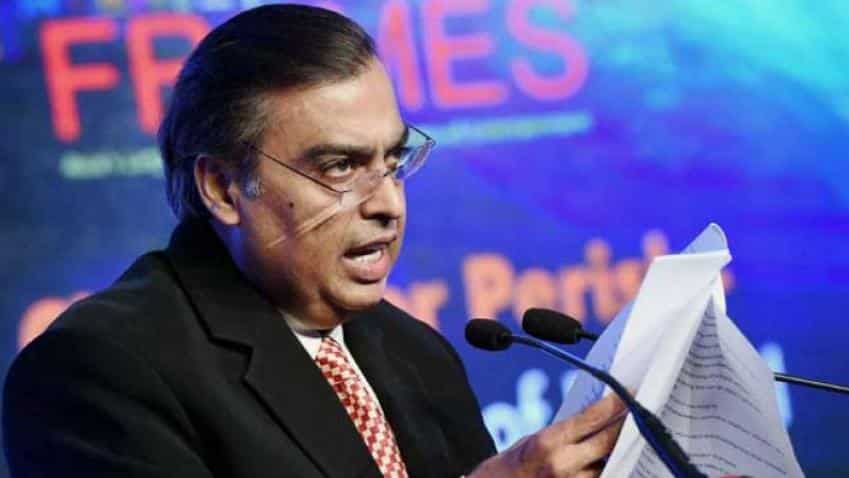 Reliance Industries chief Mukesh Ambani's telecom venture Reliance Jio had its beginnings in a very humble manner. In fact, a big complaint by a student about the speed of Net in the house started it all. This was revealed by Ambani, the richest Indian, in his acceptance speech on Thursday after RIL was presented with the 'Drivers of Change' award at the Financial Times ArcelorMittal Boldness in Business Awards. Well, since its creation, Reliance Jio has catapulted India to become the world's largest mobile broadband data consuming nation in less than two years. So, who was really behind it? Mukesh Ambani's daughter Isha. Ambani revealed that  she was the one who seeded the idea of Reliance Jio in 2011.

And how did that happen? Ambani said, "The idea of Jio was first seeded by my daughter, Isha, in 2011. She was a student at Yale (in the US) and was home for holidays. She wanted to submit some coursework ? and she said, 'Dad, the internet in our house sucks'," he recalled. Ambani said Isha's twin brother, Akash, at that time stated that in the old world, telecom was voice and people made money on calls but in the new world everything is digital.
"Isha and Akash belong to India's young generation that is far more creative, far more ambitious and far more impatient to become the best in the world. These young Indians convinced me that broadband internet is the defining technology of our age and India cannot be left behind," he said.

Since the idea first cropped up, Reliance, which owns and operates the world's largest single location refinery complex at Jamnagar in Gujarat, has spent more than $31 billion to break into India's mobile-phone market. The 2016 upstart, called Jio, dislodged rivals and has emerged as the nation's No. 4 carrier by offering call services free for life and data transmission at dirt cheap rates. Jio is also gearing up for newer data-heavy services that can connect homes, businesses, and cars to the internet.

India at the time was suffering from poor connectivity and a severe scarcity of the most critical digital resource ? data. Data was not only scarce, but it was priced artificially high to make it unaffordable to a majority of Indians, he said.
Jio transformed all of this by making data abundant and affordable and available in every part of the country.

"We launched Jio in September 2016. And today Jio has already become the biggest game changer in India," he said.

"This will make India a leader in 4G in 2019," he said. "It took the combined Indian telecom industry 25 years to build a pan-India 2G network. Jio took just three years to build a 4G LTE network, which is much larger and far more advanced. And it is also 5G-ready today."

Jio has made voice-calling free for life and has also made high-quality data available at the lowest price in the world - at almost one-tenth the prices in the US, he said, and the firm acquired more than 100 million customers in just 170 days of launch.

This was more than one-and-a-half times the population of the United Kingdom.

For the 500 million Indians still using a feature phone and not a smartphone, Jio brought out the "world's most affordable 4G LTE smartphone" that is available for free for use with a deposit of Rs 1,500, he said. "The result has been stunning: 3 lakh to 5 lakh Indians are daily migrating to Jio Phone. And for the same Rs 200-300, they benefit through access to the high-speed internet with their existing voice needs are completely free."

As the internet becomes accessible to all Indians, the country will be among the first to graduate to the Internet of Everything, he said.

"Within the next few years, Jio will empower the equivalent of two-thirds of Europe's population to enjoy world-class digital services in India," he said, adding because of Jio, India has jumped from the rank of 155 to number one in the world in mobile broadband data consumption in less than two years.
"Jio has already grown to be the biggest start-up in India's history," he said.

The previous honorees for the 'Drivers of Change' award include DeepMind Technologies (2016), FANUC (2015), HBO (2014), Alibaba (2013), MONDRAGON Corporation (2012), Amazon (2011), Apple (2010), Fiat (2009) and Ryanair (2008). RIL won it for its "exceptional commitment to innovation-led, exponential growth within the areas of hydrocarbon exploration and production, petroleum refining and marketing, petrochemicals, retail and 4G digital services."

Stating that his late father Dhirubhai Ambani was the original 'Driver of Change' in India's business history, he said the legendary industrialist founded Reliance Industries Ltd (RIL) in 1966 with a meager capital of Rs 1,000 (about $130 at that time).

RIL, which today is an over USD 50 billion group, has doubled shareholder money every two-and-half years since its initial public offering (IPO) in 1977, he said. "During the same period, Reliance has contributed more to India's national wealth than any other business group."