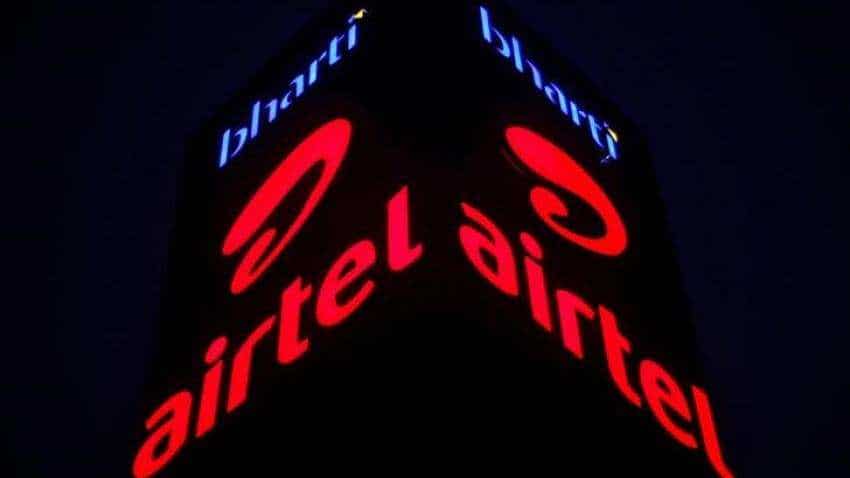 Airtel has increased the data benefit by 30GB in its Rs 1,299. The telco now offers 120GB from the earlier 90GB. Image source: Reuters
Written By: ZeeBiz WebTeam
RELATED NEWS

Taking yet another step forward, Bharti Airtel has revised its Rs 1,199 postpaid plan following the roadmap laid down by Vodafone, which recently revised its own Rs 1,299 RED postpaid plan. Airtel has increased the data benefit by 30GB in its Rs 1,299. The telco now offers 120GB from the earlier 90GB.

Airtel has also added extra 40GB data to the Rs 799 postpaid plan, which will take the data benefit to 100GB per month. Both the Rs 799 plan and the Rs 1,199 plan fall under Airtel's myPlan Infinity postpaid plans. These plans even come with data rollover facility. Users under these plans can store up to 500GB in their postpaid account.

Bharti Airtel share price gained over 2 per cent on Thursday after the telecom major added a whopping 3.6 crore subscribers in May led largely by Telenor merger, while Reliance Jio remained a distant second by adding 93 lakh subscribers and Idea Cellular lost 25 lakh subscribers during the same months.

The data from the Telecom Regulatory Authority of India (TRAI) showed the country's mobile phone customer base rose 0.53 per cent to 113 crore in May.