Bharti Airtel 's consolidated revenues grew 6.8 per cent to Rs 20,738 crore, while its consolidated mobile data traffic at 4,045 petabytes (PBs) in the quarter registered a healthy year-on-year growth of 94 per cent. 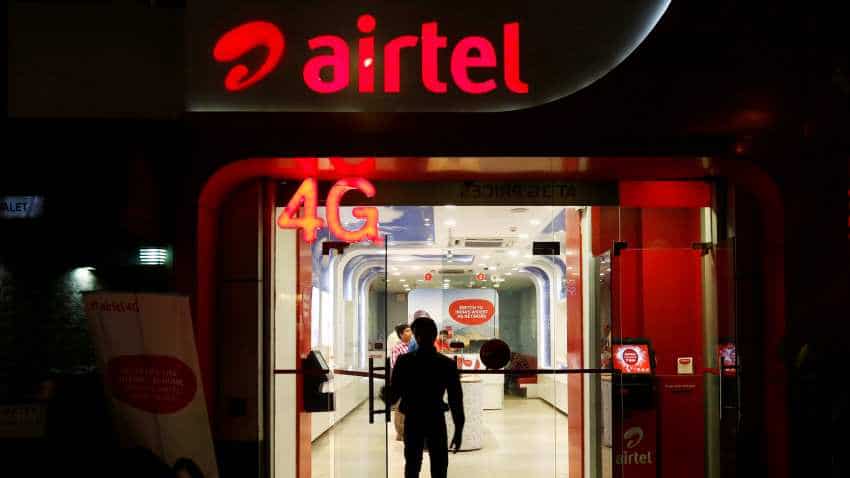 Bharti Airtel has reported a consolidated net loss for the April to June quarter at Rs 2,866 crore, amid a bruising tariff battle with rival Reliance Jio. Airtel`s consolidated net debt was Rs 1.16 lakh crore as of June end, said the company's regulatory filing with the BSE on Thursday. Notably, the telecom firm witnessed a first time loss in the last 14 years.

The telecom firm's consolidated revenues grew 6.8 per cent to Rs 20,738 crore, while its consolidated mobile data traffic at 4,045 petabytes (PBs) in the quarter registered a healthy year-on-year growth of 94 per cent. India revenues for Q1 FY20 were at Rs 15,345 crore, up by 5.5 per cent on an underlying basis.

Mobile revenues witnessed a growth of 3.7 per cent while mobile average revenue per user (ARPU) increased to Rs 129 during the quarter, said the company, adding that mobile 4G data customers increased by 63.3 per cent to 95.2 million from 58.3 million in the corresponding quarter last year.

"We remain obsessed about network experience," said Gopal Vittal, Managing Director and CEO for Airtel India and South Asia, in a statement, adding "As a result, we have re-farmed spectrum from 3G networks to 4G across both the 900 as well as 2100 bands and begun the process of shutting down 3G networks in India. This has enabled us to deliver improved indoor coverage as well as enhance our capacities."

With operations in 18 countries across Asia and Africa, Bharti Airtel has been under pressure ever since Jio, controlled by Asia`s richest man Mukesh Ambani, launched its telecom services and shook up the market.

Last month, the government data showed that Reliance Industries Ltd`s Jio pipped Airtel to become India`s second-largest operator by subscribers as of May.

The data stated that the monthly churn rate for its India mobile services business, a measure of the number of customers it lost, grew to 2.6% for the quarter, against 2% a year ago.