Bharat Dynamics IPO: The Hyderabad-headquartered company will not receive any proceeds from the offer as the funds raised will go to government's divestment kitty. The prime purpose of the issue is to achieve the benefits of listing shares on stock exchanges, the company said in its red herring prospectus (RHP). 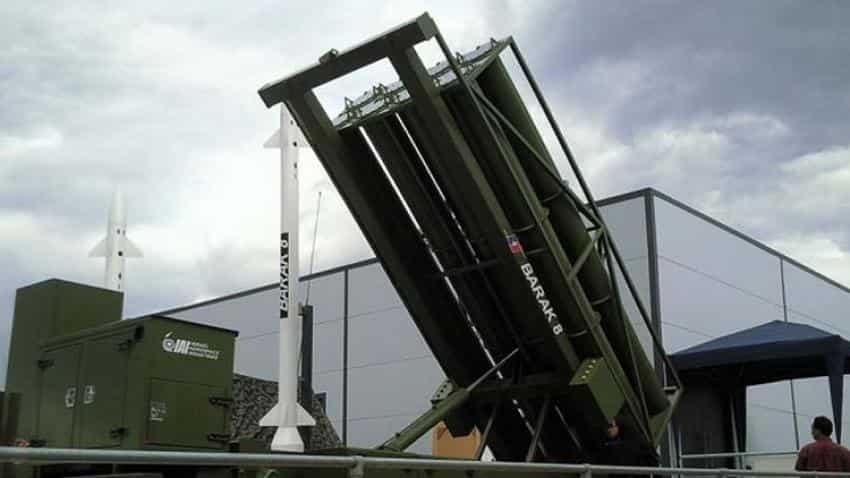 Bharat Dynamics, defence public sector unit, launched its Rs 960 crore initial public offering (IPO) on Tuesday with the analysts recommending 'subscribe' on the issue thanks to cheaper valuations as compared to its listed peers. The company will be world's first missile manufacturer to be listed on the bourses. The Mini-ratna defence PSU has fixed the price band between Rs 413 and Rs 428 per equity share. A discount of Rs 10 per share would be offered to employees and retail individual bidders.

The public issue is an offer for sale wherein the government will sell a total of 22,451,953 shares of Bharat Dynamics, diluting its stake by about 12 per cent. The issue will close on March 15.

The Hyderabad-headquartered company will not receive any proceeds from the offer as the funds raised will go to government's divestment kitty. The prime purpose of the issue is to achieve the benefits of listing shares on stock exchanges, the company said in its red herring prospectus (RHP).

Here is what brokerages recommend on the issue:

In terms of valuations, the pre-issue P/E works out to 22.7x 1HFY2018 annualized earnings (at the upper end of the issue price band), which is lower compared to Bharat Dynamics’ peers like Bharat Electron and Apollo Micro System
(trading at 33.6x and 40.7x of its 1HFY2018 annualized earnings respectively). Further, BDL has a strong order book and revenue visibility, coupled with superior return ratios compared to peers. Hence, considering the above positive factors including growth in the defence industry, we recommend ‘subscribe’ on the issue.

The government is giving greater priority to defence in its “Make in India” programme with emphasis on indigenisation to reduce import cost. BDL’s focus on increase in indigenisation of products, strong focus on R&D and exports is expected to boost revenue visibility and profitability going forward. BDL’s ability to efficiently produce, deliver the products and services in a timely manner makes them stand out of the crowd. At an upper price band of Rs 428, BDL is available at a reasonable valuation of 16x on FY17 EPS. As Indian defence industry is poised for growth, we recommend ‘subscribe’ to the issue, with a long term perspective.

We recommend subscribe only for long term on the offering based on a robust order book of 10,453 crore, strong order inflow visibility, best-inclass execution capabilities and a leverage free balance sheet. The stock is being offered at reasonable valuations (16x FY17 EPS), at the upper band of Rs 428 per share.

At the higher end of the price band of Rs 428, the issue is priced at P/E of 16x (post dilution) on FY17 and 22.7x on H1FY18 (annualized) basis. The company has no listed peers engaged in the similar line of business (manufacturing missiles). At this valuation, the issue seems reasonably priced. The opportunities that are expected to arise in the defence space given the government focus along with upcoming orders from the Akash Weapon System and need for equipment modernisation are likely to be positive for BDL. Given the reasonable valuations and growth prospects, investors can subscribe to the issue from a long term perspective. It must be noted that, owing to the current market volatility listing gains may be capped.

Bharat Dynamics is the sole supplier of SAMs and ATGMs to the Indian armed forces. The company is investing in its R&D capabilities that would help it to enhance its product portfolio (like new generation SAMs, ATGMs, and heavy weight torpedoes). In order to diversify customer base, BDL is looking at exporting its products (Akash SAM, light weight torpedoes and countermeasure dispensing system). Exports currently are 2-3 per cent of revenue, the first export order that the company has received is expected to be executed in FY19. Better penetration in international markets and new product offerings are key triggers for future business growth.

Significant decrease in demand for products or increase in raw material prices may adversely affect the business.

Increase in competition from other players can impact the business.