Bharat Dynamics is a wholly-owned government company headquartered in Hyderabad and under the administrative control of the MoD, GoI and was conferred the ‘Mini-Ratna (Category -1)’ status by the Department of Public Enterprises, GoI. 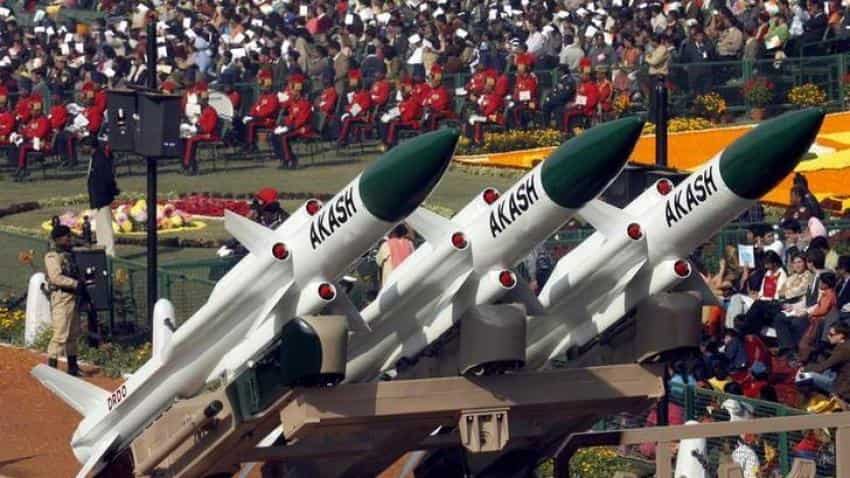 Bharat Dynamics IPO, a defence PSU, may have made a tepid debut on the bourses, but investors should know the stock holds potential for long-term, believe experts. Was Bharat Dynamics to blame? Well, with US President Donald Trump virtually starting a global trade war, the IPO came during a time when there was widespread negative sentiment. This caused Bharat Dynamics stock to open below its issue price of Rs 428, but it is still managing to trade above its opening price of Rs 360. The stock fell as much as 15 per cent in early trade, before recovering some of the losses.

"Bharat Dynamics was expected to open lower amid broader market correction, but long-term investors can stay invested as the company is a strategic defence play," said Avinash Gorakssakar, HoR, Joindre Capital. Gorakssakar also said that a price below Rs 400 is attractive valuation-wise. “Short-term pressure is expected on the stock, but an investor having a 12-month horizon should buy into it,” he added.

Broking firm Centrum Broking had pointed out in its pre-IPO note that the listing gains may be capped owing to the current market volatility. Centrum has recommended subscribe on the issue for a long-term perspective.

“The opportunities that are expected to arise in the defence space given the government focus along with upcoming orders from the Akash Weapon System and need for equipment modernisation are likely to be positive for BDL. Given the reasonable valuations and growth prospects, investors can subscribe to the issue from a long-term perspective,” it said.

Here are key things to know about the company:

1) Bharat Dynamics is the first missile manufacturer in world to list its stock.

2) One of the leading defence PSUs in India engaged in the manufacture of Surface to Air missiles (SAMs), Anti-Tank Guided Missiles (ATGMs), underwater weapons, launchers, countermeasures and test equipment. It is the sole manufacturer in India for SAMs, torpedoes, ATGMs.

3) It is a wholly-owned government company headquartered in Hyderabad and under the administrative control of the MoD, GoI and was conferred the ‘Mini-Ratna (Category -1)’ status by the Department of Public Enterprises, GoI.

4) The Promoter of the company is the President of India acting through the Ministry of Defence.

6) An increase in indigenisation of products in the wake of govt’s thrust on Make in India is a key investment rationale for the leading defence PSU. strong order book and established financial track record is another.

7) Developing a new plant in Amravati (445 Acres) to manufacture new generation of SAMs and ATGMs will benefit company's earnings. The plant is expected to be operationalised by FY20-21.