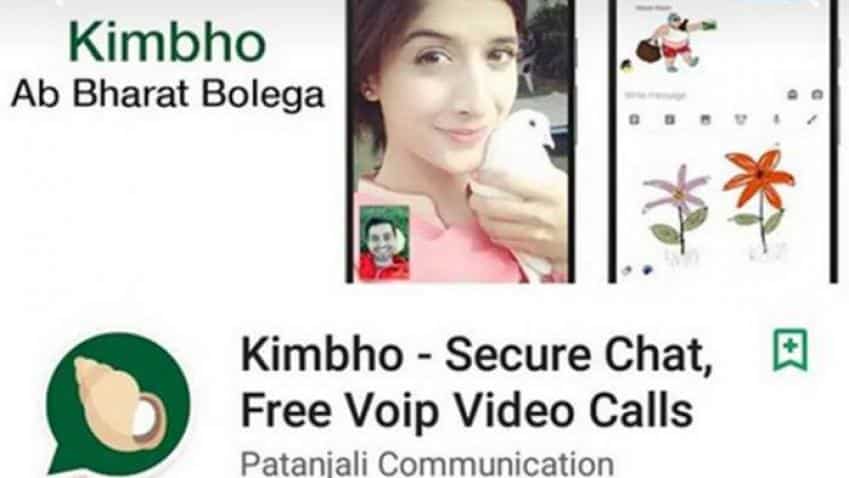 Baba Ramdev led Patanjali Kimbho app has become the talk of the town. Pitched as a desi rival of WhatsApp, the messaging app was rolled out on Wednesday, but taken down from Google Play Store just a day later on Thursday. Patanjali Yogpeeth spokesperson SK Tijarawala has explained the reason behind removing the app. Tijarawala tweeted saying that, the Kimbho app was made available for only 1 day on a trial basis. He even pointed out that the popularity of this app was massive as within 3 hours it saw 1.5 lakh downloads.

Tijarawala said, “Technical work is in progress & #KIMBHO APP will be officially launched soon @yogrishiramdev.” He further tweeted, saying, “Our trial version of #kimbho app is no longer available for download on any platform. We don't take any responsibility for many dulicate apps showing on anywhere. Beware! आम सूचना..!”

On Google Playstore, Kimbho was defined as an app which empowers private group chat with free phone and video calling. It has dozens of amazing features to share text audio, photos, videos, stickers, quickies, location, GIF, Doodle and more.

The procedure to get the Kimbho app is somewhat similar like downloading WhatsApp on Playstore and iOS platforms.

However, with Ramdev vacating the space, a number people have taken advantage and have posted their fake apps there to lure the gullible people. Considering the popularity of Baba Ramdev’s Kimbho app, a huge number of people were duped into downloading them thinking they were actually getting the original ones. So, to warn the public, here is a list 21 fake apps on Play Store which are Kimbho look-alikes, as per a Youthapps report.

These are some names of fake apps which are look likes of Ramdec’s Kimbho.

According to GizBot report, here’s how you can identify a fake app.

Faisal Kawoosa, Head New Initiatives, CyberMedia Research (CMR) on his twitter account highlighted issues regarding the Kimbho app. He said, “Can #kimbho create a space dominated by @WhatsApp just on being #swadeshi So far just around 5k installations and reviews are full of issues and concerns. Nevertheless, seems Patanjali is getting serious about communications.”